A new version of the Motorola Razr may be launching this year and it may just fix some of the biggest concerns everyone had with the Moto Razr back in February.

Foldable smartphones made their debut in 2019 with the Samsung Galaxy Fold, and now it looks like Motorola is jumping on the bandwagon as the Moto Razr will be getting a sequel with upgraded specs that could be announced sooner than we think. 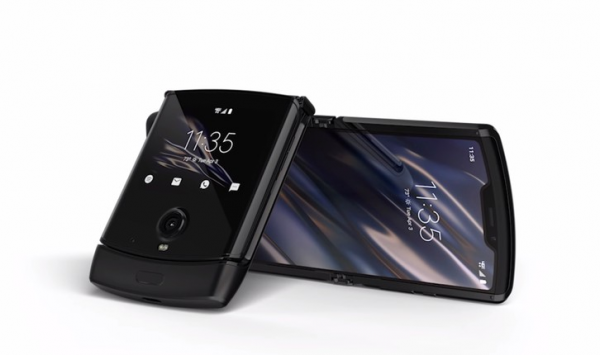 The news broke out about the newer version when an executive from Lenovo revealed details about the upcoming sequel. General Manager for Lenovo South Africa, Thibault Dousson made an appearance on the podcast "Reframed Tech" and said that an all-new Motorola Razr could come around September according to Android Authority

"There's a new iteration [of the Razr] coming out. From what I understand, there's one in September, I think, coming out. A whole new Razr," Dousson said on the 18-minute long podcast.

The new Razr might also be powered by Qualcomm's 5G Snapdragon 765 processor and have a 2,845mAh battery as told by XDA Developers. This will also come with a new outer camera and is rumored to be 48-megapixels which is a huge improvement from the current 16-megapixel and 20-megapixel cameras. It might also sport an 8GB RAM and 56GB internal storage.

According to reports from The Verge, "While these are all welcome improvements in the specs department, it's unclear if this rumored new Razr will feature any changes to its signature folding mechanism - like a less creaky hinge, changes to prevent bumps and lumps from appearing on the screen, or improvements to stop the screen from peeling away from the laminate layer."

These details will all be a huge improvement on the previous version of the device, especially on the 710 chipsets that were found in the original Razr. In comparison, the Galaxy Z Flip uses a Snapdragon 855 which is more powerful than the 765 but it doesn't have 5G connectivity. However, reports suggest that Samsung will be using the 865 when it launches its new 5G foldable phone set this year.

Assuming that all of these leaks and reports are accurate, the Motorola Razr 2 will be more powerful when it comes to the specs of non-foldable smartphones when it launches in September.  Still, a big question lingers as to whether or not these upgrades will be enough to beat Samsung's Galaxy Z Flip 2 with its triple-lens rear camera, or even the foldable the Google Pixel.

We'll all probably wait for a couple of months before Motorola actually announces something abut the new Razr. Hopefully, all will be worth it.