Naughty Dog Reveals 'The Last of Us Part 2' Gameplay at the State of Play Livestream; Sony to Reveal First Batch of PS5 Games on June 3

Naughty Dog kept their promise as they showcased new gameplay for gamers who are can't wait to see the details of the game ahead of its June launch. There were a bunch of mechanics that were revealed, new details, and they basically showed off extreme visceral combat as well as stealth features. Story-wise, Neil Druckman, the game's director, explained during the State of Play livestream that it will take place years after the events of the first game. 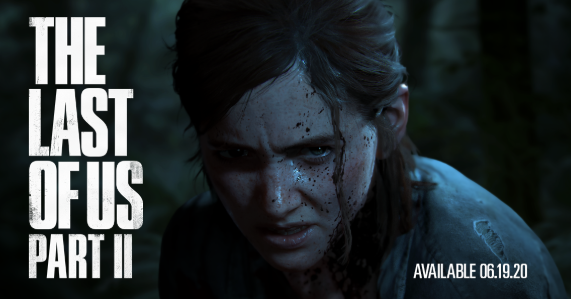 (Photo : Screenshot from: The Last of Us Part 2 Facebook Page)

Naughty Dog reveals 'The Last of Us Part 2' gameplay; Sony to reveal the first batch of PS5 games on June 3

Ellie, now 19 years old, has settled into a thriving community of survivors located at Jackson, Wyoming. After a brutal incident, she sets out for revenge. Ellie goes on a thrilling adventure, revealing different seasons, amazing locations, and scenery.

According to reports from Euro Gamer, "The bulk of the action, however, is said to unfold in across the former quarantine zone of Seattle, where a battle between two warring factions - the well-armed, well-trained Washington Liberation Front, which formerly resisted Seattle's military occupation, and a religious cult known as the Seraphites. The latter, also referred to as Scars due to their self-inflicted wounds, are more reliant on stealth and silent weapons when encountered in the wild."

Of course, aside from this, as any story-driven zombie game, there will be another enemy to look out for called the Infected. At the livestream, The Last of Us 2 will be adding new types like the Shamblers that are very large and heavily armored enemies that spill spore clouds and can burn victims.

When it comes to Ellie's old and new abilities, Naughty Dog revealed that she can now ride horseback to go around very large environments. She can also guide boats across flooded streets, and now has more fluid movements.

"Plenty more is discussed in the video, including crafting improvements and additions, the new workbench system - enabling scavenged parts to be used to modify weapon attributes, all visualized on the weapon models themselves - and a glimpse at guard dogs, which can lead enemies to Ellie's position, if she can't shake off her own scent-trail, visible in Listen Mode," Euro Gamer added.

Sony might reveal the first batch of PS5 games in June

In other news, according to Bloomberg, Sony might actually be releasing the list of first batch PS5 games next month, June 3.

However, the date has not been confirmed yet. Due to the coronavirus pandemic, their plans are still in flux so players might have to wait a few days to find out about what games are coming out for the next-gen console, Playstation 5.

ⓒ 2021 TECHTIMES.com All rights reserved. Do not reproduce without permission.
Tags: The Last of Us Part 2 Sony Playstation State of Play PlayStation 5 Naughty Dog Video Games
Most Popular