The regulations seek to clarify aspects of the 2012 Spectrum Act, which aim to hasten the deployment of 5G. It allows telecom companies to enhance cell towers to support 5G service. These prevent municipalities from blocking or delaying the changes on existing tower structures, so long as the underlying structure remains.

In a statement, FCC Chairman Ajit Pai said these regulations are needed to prevent "unnecessary ambiguities and roadblocks in order to advance wireless broadband service for all Americans."

Pai said these clarifications will fast-track the progress of 5G infrastructure by preventing misunderstandings and disputes between local governments and wireless infrastructure builders that may face lawsuits and further delays.

The commission voted 3-2 with two Democrats dissenting. Commissioners Jessica Rosenworcel and Geoffrey Starks said in their separate statements that they opposed the new rules, which would impose new burdens on cities and local governments while they are still struggling with the economic and social effects of the coronavirus, as well as protests over George Floyd's death. 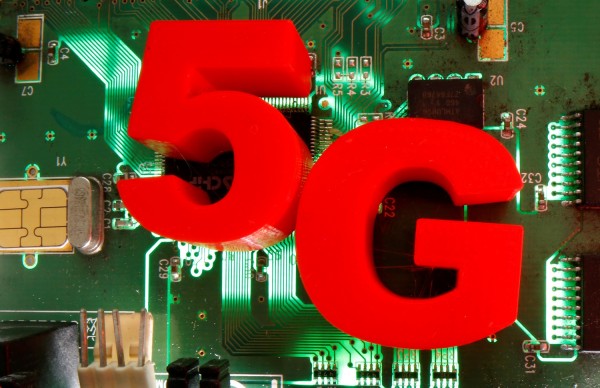 The two commissioners were critical of the Republican majority who refused to delay the vote which some municipalities requested.

"[Mayors] and governors across the country are ringing the alarm," said Rosenworcel adding that local governments are "wrestling with historic crises" while struggling amid civil unrest. She also said these mayors want to be heard, but the FCC's decision shows that the commission is "not listening."

The FCC is currently in legal battles with many cities over infrastructure control as the wireless carriers pursue 5G deployment. The issue is being reviewed in the Ninth Circuit.

Many municipalities argue that the FCC's rules restrict them from negotiating with these network companies. However, Republicans on the FCC argue that many cities exploit these approvals to slow down the 5G deployment.

"Achieving the full and timely potential of 5G in the United States requires good infrastructure policy," said Verizon Senior Vice President of Federal Regulatory and Legal Affairs Will Johnson in a statement. He also added that these adopted clarifications ensure that providers quickly upgrade their existing 5G facilities, which would speed up "consumers' access to next-generation wireless services."

Also, the FCC agreed to adopt auction procedures for Oct. 29's auctions to provide $16 billion subsidies to broadband companies, which vow to bring high-speed internet access in rural areas. The government subsidies will be dispersed every month for 10 years.

In return, auction applicants are required to offer voice and broadband services to areas that are still not accessible to any network. Similarly, the FCC works on improving its broadband maps.

However, Rosenworcel argued that it was "irresponsible" to continue with the auction before the agency has resolved the problem and has established accurate data.

On the other hand, Pai said Americans in the rural areas should not have to wait "longer than necessary to obtain the economic, educational and health care opportunities provided by high-speed broadband."