As Fortnite fans know, Epic Games has made a massive change to the came, plunging almost the entire map underwater after the end-of-season event known as The Device just last week and finally transitioning to Chapter 2, Season 3 after a couple of delays.

However, fans have noticed something more. 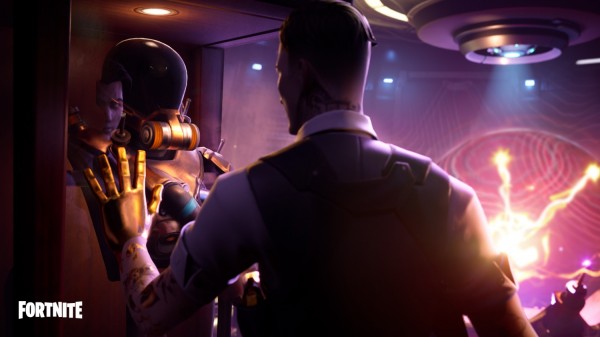 (Photo : Fortnite/Facebook)
Fortnite has changed, but Epic Games did on more noticeable change.

According to a report by Comicbook, Fortnite players have noticed that there are no police cars to be seen, including in the game's Creative Mode, which allows players to create their own settings and/or gameplay.

Players have flocked Reddit to share their own stories regarding this new change brought by Epic Games.

One comment said that if a police car falls from Creative Mode's feature known as "Junk Rift," the car will be turned into a default car once it hits the ground.

After people have begun noticing it, Fortnite fans and players were quick to speculate, saying that it could be in solidarity with the global movement, Black Lives Matter, wherein thousands of people all across the US are protesting against police brutality and racial injustice after the death of George Floyd in the hands of the Minneapolis Police.

With the speculations going around, Epic Games offered a response.

The Wall Street Journal did confirm that Epic has made the move to remove the police cars in the popular game, but a source said that the decision was not to make a "political statement."

Rather, the Fortnite developers did it to be more "sensitive about the issues" that its players are currently dealing with.

This is not the first time they have made a move based on the protests happening in the US.

According to Dexerto, Epic decided to delay the arrival of season 3 to allow their players and the community to focus on the Black Lives Matter movement.

As of now, various industries are doing small acts to show their solidarity with the Black Lives Matter movement, such as shows like Cops and Live PD being canceled by their network, as well as Electronic Arts (EA) creating new rules to promote a healthy gaming environment.

Niantic Labs will also be having a Pokemon GO Fest 2020, which is a paid event with all the proceeds going to their Black developers and established BLM organizations.

In related news, two massive Fortnite celebrities are apparently in some sort of disagreement related to the game's season 3.

In a report by Essentially Sports, Fortnite streamers Ninja and Tfue had slightly different opinions on the game, with Tfue thinking the new season is unfair and Ninja reacting to his comments. Based on the report, it seemed like Tfue had some issues with season 3, specifically the loot pool. Nevertheless, Ninja came to Fortnite's rescue and asked why Tfue was complaining too early as he issued his comment right when the third season was released and that Epic had added new weapons and only removed the pump.

Tfue hasn't responded yet, but after that, he posted a tweet saying he still loved the game and said it was "fun af."

Read Also: 'The Last of Us Part II' Guide: All Safe Locations and Combinations Revealed!