NASA Offers $35,000 to Someone Who Can Design a Toilet That Will Work on the Moon

The National Aeronautics and Space Administration (NASA) needs to put the loo in lunar. And whoever designs a space toilet for the moon will receive $35,000. 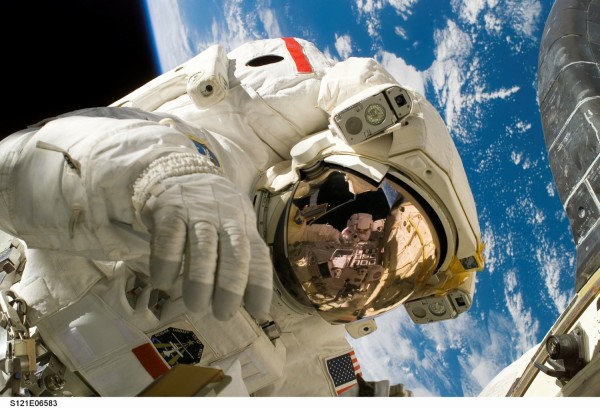 The space agency has set an ambitious goal to send astronauts back to the moon by 2024 and during the trip, the crew will most definitely have to go to the toilet.

In collaboration with HeroX, NASA's Lunar Loo Challenge is searching for people who can build a space toilet that can do everything your throne would do here on Earth through microgravity. Currently, existing space toilets are not designed to withstand lunar gravity, so this will be the first of its kind.

NASA may also adapt the toilet design for its Artemis lunar lander. The toilet will have to operate in the microgravity of space and the moon, according to the design guidelines posted by NASA and HeroX.

"NASA's Human Landing System Program is looking for a next-generation device that is smaller, more efficient, and capable of working in both microgravity and lunar gravity," the NASA website says.

The mission will involve the first female astronaut ever to fly to the moon, and the toilets require space for both men and women. The toilet designs should also save water and "help preserve a clean odor-free atmosphere within the lander."

"Bonus points will be awarded to designs that can capture vomit without requiring the crew member to put his/her head in the toilet," the guidelines said.

It should accommodate a crew of two astronauts for 14 days and allow the accumulated waste to be moved to storage or disposed of outside the spacecraft.

The toilet should be easy to clean and maintain and should have five minutes or less of turnaround time between uses. This must also use less than 70 watts of power and make less noise than a typical bathroom fan.

Space would also be a concern, so the toilet needs to weigh less than 33 pounds on Earth and have a volume of less than 0.12 cubic meters.

Occasionally, astronauts will have to go on the Artemis lunar landers. This toilet is meant to be used inside the cabin when they aren't in spacesuit so it doesn't have to fit the whole uniform.

To give you an example, if you weighed their average body weight and that beast of a suit, all of the Apollo astronauts completely suited up would weigh about 500 pounds on Earth. On the Moon, they will be carrying about 80 pounds.

A toilet is about the size of a small closet onboard the International Space Station.

The astronauts must stay for at least a week (on early missions) in the pressurized crew cabin portion of the lander. What it will need to handle is an atmosphere of a sixth of the gravity of Earth.

Lunar surface gravity isn't the almost absolute lack of gravity you see on the ISS, but it's just a fraction of what keeps us down on the home planet because the moon has less mass.