Breton Hopes to Launch in Space in 2024; First Orbital Spaceflight to Launch from the U.K. Soil

The European Union is set to invest money for launching rockets, satellite communication, and space exploration to keep up with its U.S. and Chinese counterparts.

Europe seeks to create independent access to space to help its industry with its space successes such as Ariane rockets or GPS-rival satnav Galileo that were from the U.S. and Russian pioneers, based on Engadget report.

However, the recent successes of SpaceX and its reusable rockets and China's rapid advances, including its last year's historic landing on the far side of the Moon, will give new urgency to Europe's ambitions. 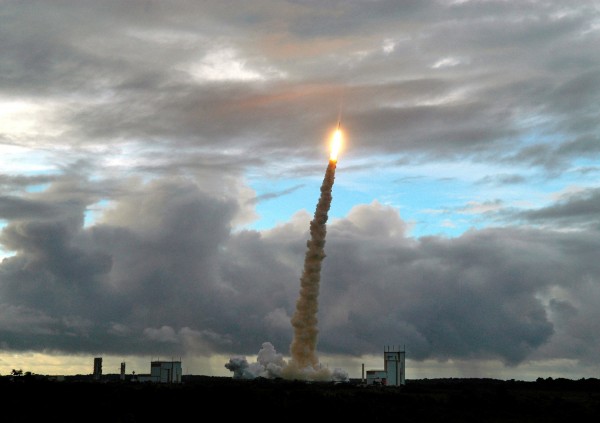 (Photo : REUTERS/ESA/CNES/ARIANESPACE)
The Ariane-5 ECA launcher, carrying Thai and Mexican telecommunications satellites, lifts off from the European spaceport at Kourou in French Guiana, May 27, 2006. Picture taken May 27, 2006.

"Space is one of Europe's strong points, and we're giving ourselves the means to speed up," European Commissioner Thierry Breton told Reuters in an interview.

The former head of I.T. company Atos Breton said that the E.U. will use its budget for the first time to invest in new technologies to launch rockets, including reusable ones.

The E.U. will sign a 1.1 billion USD agreement with Arianespace to give it more visibility with guaranteed orders while the latter providing more innovations.

"SpaceX has redefined the standards for launchers, so Ariane 6 is a necessary step, but not the ultimate aim," said Breton adding that they "must start thinking now about Ariane 7."

Breton said he would propose a 1.1 billion USD European Space Fund to boost startups, but he hopes the European Commission will provide 18 billion USD for space exploration in the next budget. He also said he would launch a competition for startups to give free access to satellites and launchers and spark innovation.

Also, Breton seeks to advance the rollout of a new generation of satellites for the Galileo satnav system by the end of 2024 instead of 2027. Breton said these satellites would be "the most modern in the world", which can interact with each other to provide a more accurate signal.

Breton also aims to launch a new satellite system that can provide all Europeans with high-speed Internet access as well as commence a Space Traffic Management system to avoid collisions.

The Highland Council has recently approved the plan for the first spaceport - Space Hub Sutherland, making the launch of its first orbital space flight from the U.K. soil a step closer.

According to Daily Mail, Highlands and Islands Enterprise (HIE) plans to build the satellite launch site on the Moine Peninsula near Tongue in the Scottish Highlands. The UK-based space launch company, Orbex, has confirmed that its rocket will be the first to fly from the 20.1 million USD space hub.

The company gathered over 400 objections about the project from residents in the area, mostly about environmental risks. However, an HIE spokesperson said they carried out surveys to ensure they mitigate any potential impacts of launches and ensure any damage is repaired.

The U.K. Space Agency, HIE, and the Nuclear Decommissioning Authority will fund the space hub that is expected to cost at least 19.4 million USD. There is still no specific date for the first launch.