Amazon CEO Jeff Bezos Earns $171.6B While Other Billionaires Are Losing Big Time

Amazon founder and CEO Jeff Bezos saw his wealth grow to $171.6 billion this year. Even after the settlement of his divorce last year, he surpassed his own record. 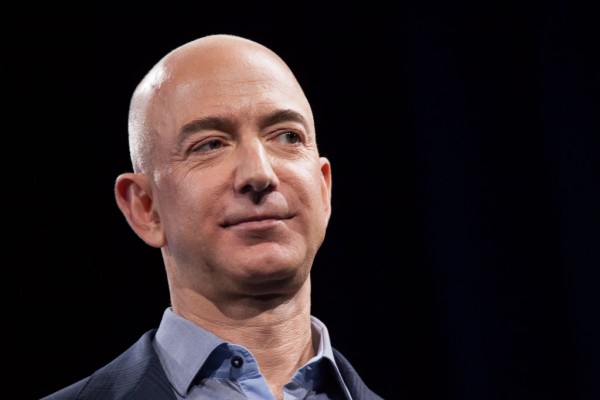 Amazon's shares only grew steadily as stay-at-home orders and lockdowns pushed consumers to e-commerce rather than brick-and-mortar shopping, DailyMail reported.

After surrendering one-fifth of its Amazon's share last year to his former wife, Bezos still saw his fortunes rise.

After having received several concerns regarding the termination due to COVID-19 pandemic, Amazon said it would spend just over $500 million to pay nearly all its front-line employees one-time $500 bonuses. The company has declined to comment on the wealth of its founder.

Bezos holds a solid 11% of its overall stock that threatens the overwhelming share of his own properties. His income for this year was $56.7 billion, which underlines the rising wealth disparity in the US in the present-day worst economic downturn since the Great Depression. Initial public offerings (IPOs) and their booming stock markets have now enhanced massive fortunes. All of which happened when tens of millions of people have lost their only jobs.

The tech industry has brought forth most of those billions with the largest wealth gains, including Tesla. Since January 1, Tesla CEO Elon Musk has added $25.8 billion to his net worth. It has only quadrupled the net worth of Zoom Video Communications Inc.'s founder Eric Yuan to $13.1 billion.

Other individuals who have benefited from these businesses are Mackenzie Bezos. She has earned 4% of the entire Amazon business after a split, shot down their net worth of $56.9 billion, and also risen to the top 12 of the Bloomberg list.

Recently Mackenzie Bezos leapfrogged overJulia Flesher Koch and Alice Walton, which made her into the second richest woman in the world. Only now, she is trailing L'Oreal heiress, known as Francoise Bettencourt Meyers.

Not all billionaires came forward this year. The billionaire behind the fast-fashion chain Zara, Amancio Ortega from Spain, has lost $19.2 billion, half of the index Bloomberg. Hathaway Inc. Berkshire Chairperson Warren Buffett has dropped $19 billion, and French tycoon Bernard Arnault's luxury goods is down by $17.6 billion.

The decline was mainly weathered. The world's wealthiest 500 individuals now have a net worth of $5.93 trillion, compared to $5.91 trillion at the beginning of the year.

ⓒ 2021 TECHTIMES.com All rights reserved. Do not reproduce without permission.
Tags: Amazon Jeff Bezos Net worth
Most Popular