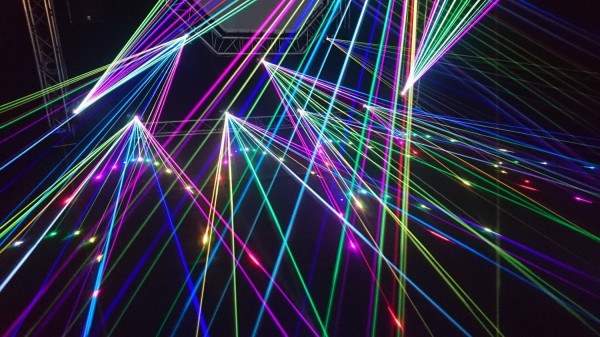 This method, based on the compression of light pulses, would allow a new form of physics that has never been studied before to reach a threshold intensity.

Within a trillionth of a second, new soliton laser pulses will produce high energy too. By revisiting a specific form of laser, scientists have also discovered a way to increase the amount of energy emitted in extremely short amounts of time exponentially, with possible surgery applications.

Institut national de la recherche scientifique (INRS) researchers Jean-Claude Kieffer, E. A. Khazanov of the Institute of Applied Physics of the Russian Academy of Sciences and Gérard Mourou of France, Professor Emeritus of the Ecole Polytechnique, who won the Nobel Prize in Physics in 2018, have chosen another path to achieve a power of about 10 ^ 23 watts. Rather than increasing the laser's strength, they every the pulses' length to only a few femtoseconds.

The researchers are harnessing the effects of non-linear optics to generate the shortest possible pulse.

Scientists sent a laser beam through a fragile and perfectly homogeneous glass plate. "The particular behaviour of the wave inside this solid medium broadens the spectrum and allows for a shorter pulse when it is recompressed at the exit of the plate," explains Jean-Claude Kieffer, co-author of the study published online on June 15, 2020, in the journal Applied Physics Letters.

Professor Kieffer said their team would be among the "first to achieve" this level of power with a laser that has such short pulses.

"This is an extremely interesting direction that has the potential to take the scientific community to new horizons," Professor Kieffer said.

ALSO READ: Humans Could Possibly Shoot Lasers From Their Eyes Up To 20 Inches Away, Says New Study

Scientists created a new kind of laser that can deliver large quantities of energy in brief time outages for eye and heart surgery applications or delicate material engineering. The research was published recently in Nature Photonics.

"This laser has the property that as its pulse duration decreases to less than a trillionth of a second, its energy could go through the roof," The Director of the University of Sydney Institute of Photonics and Optical Science, Professor Martijn de Sterke, said.

De Sterke said the type of laser makes patients ideal candidates for the processing of materials that require short, powerful pulses that do not heat and damage the surface. "One application could be in corneal surgery, which relies on gently removing material from the eye," he said.

This incredible result was obtained by the scientists returning to a basic laser technology used in telecommunications, metrology, and spectroscopy. Such lasers use an effect known as soliton waves which are light waves that maintain their form over long distances.

This research builds on earlier work set up by the University of Sydney Institute for Photonics and Optical Science team which published its 2016 discovery of pure-quartic solitons.