'Catherine: Full Body' is Now Available on Nintendo Switch; Plus How to Access and Change New Voice Tracks

The cult classic from Atlus, Catherine: Full Body, has finally arrived on Nintendo Switch with some original add-on content as well as the Ideal Voice downloadable content that includes three new voice tracks from another of the developer's masterpieces: the Persona series.

In a report by Nintendo Life, Shigenori Soejima, who is the character designer in Atlus, has created an original drawing to celebrate its release on a handheld device outside of Japan. 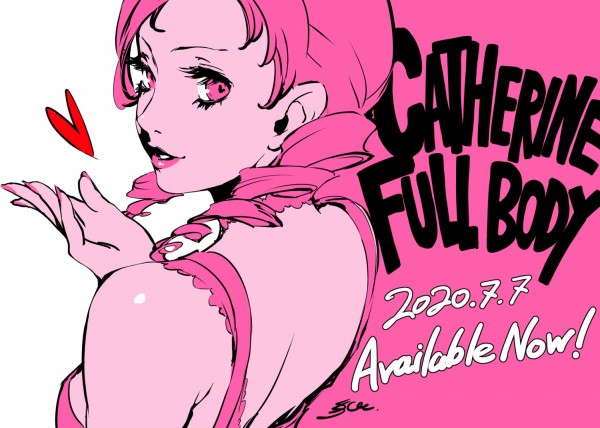 For those who are unaware, Catherine: Full Body is definitely not a game for young people as it's for mature audiences with a variety of sexual innuendos and explicit language, but what players like most about it is its unique gameplay experience.

The game focuses on Vincent, a man who is dealing with anxiety about his long-time girlfriend Katherine, who suggested she might be pregnant and pushing our hero to marriage, so he ends up having an affair with a hot, blonde demon named Catherine.

As the story progresses, players will be taken inside Vincent's dreams, where he has to scale towers of blocks and face disturbing creatures to see another day.

Read Also: 'Ghost of Tsushima' Pre-Order Details Revealed; Plus 5 Similar Games You Can Play While Waiting

A Revamp of a Cult Classic

Additionally, Catherine: Full Body is a revamped version of the game Catherine that initially came out in 2011, which has the same gameplay and storyline, only it was enhanced for the PS Vita and PS4 in 2019, as noted by Inverse.

But for those who have tried the game and probably finished it multiple times before on PS4, the Switch port has added a few add-ons, including three new voice tracks.

According to GameRevolution, these new voice tracks are exclusive to the port, but how do you access these voice tracks, and how do you change Catherine's voice for a new gameplay experience when you get the game on Switch?

Based on the gaming news outlet, there are multiple ways to access these tracks, whether you want to use the records included in the Ideal Voice DLC or the three Switch exclusive ones.

How to Change Catherine's Voice

Firstly, you need to switch the game's language track on the main menu to Japanese, then you need to load your saved game, and it's incredibly vital that you have to be at the Stray Sheep or the bar as you can't change the audio anywhere else.

Then, go to the bar's restroom, which is located on the top left of the area.

Go inside a stall, and you'll then see Vincent sitting on it with his phone out and a few options that you can click, including the "Voice: Ideal Voice" option.

From there, you can scroll through quite a long list of available voices for Catherine, with some that are somewhat familiar, especially if you have played the Persona series, such as that of Marie's character from Persona 4 Golden.

Simply choose the one you like, and Catherine will have that voice the next time you see her.

You can change Catherine's voice track each day, depending on what you want her to sound, but again, you can only do that at the bathroom stall in the bar.

Read Also: Persona 4 Golden Guide: How to Get All Endings, Including the True (Best) Ending