NASA plans to update its guidelines after years of debate on how much biological contamination will be allowed from other worlds. At the same time, the agency explores the Solar System. The new rules would ease some of the agency's requirements for exploring the Moon and Mars - two high-profile destinations where NASA hopes to send astronauts in the years ahead. 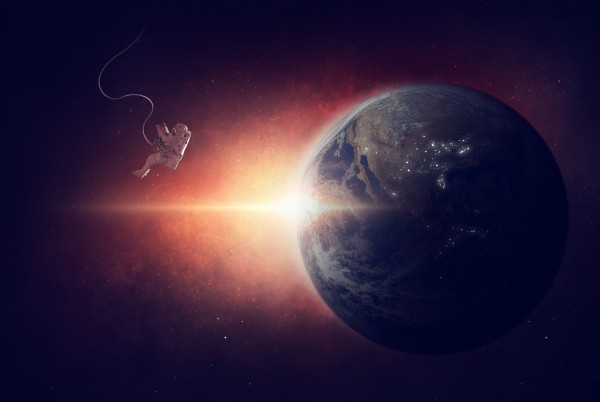 For decades, when the agency sends probes - or humans - to other planets, NASA has followed relatively strict guidelines on how much biological pollution is deemed appropriate. It is a term known as planetary defense and, in a treaty, signed more than 50 years ago, it has a legal basis.

A major planetary security aim has been to prevent humans from monitoring microbes in the Solar System. Adhering to planetary protection, however, has always been somewhat of a trade-off. Virtually everything we send into space has germs on it. Spacecraft often undergo strict cleaning procedures to get rid of these tiny organisms, depending on where they're headed in the Solar System.

But now NASA is specially focused on once again sending people into deep space. And we carry tons of bacteria with us whenever people go into space, no matter how much we clean it up. With such a high priority being given to human exploration, NASA now wants to rethink some of the stricter Moon and Mars requirements. Otherwise, human research would be too tough to pull off.

Today, NASA released two new "interim directives," which set out possible changes to the guidelines for exploring the Moon and Mars. It follows years of space community's effort to update those rules.

"We need to relook at these policies because we can't go to Mars with humans if the principle that we're living by is that we can't have any microbial substances with us," NASA administrator Jim Bridenstine said. "Because that's just not possible," he added during a webinar announcing the new proposed changes.

ALSO READ: NASA Offers $35,000 to Someone Who Can Design a Toilet That Will Work on the Moon

The first directive revolves around reclassifying parts of the Moon so there are fewer restrictions on spacecraft and people being sent there. Under current planetary protection law, the Moon is considered a Category II celestial body. There is a "rare risk that pollution carried by a spacecraft could jeopardize future missions." The Moon obtained this designation after scientists discovered that there was potentially a lot of water ice hidden on the lunar surface. And if the water is in the Solar System anywhere, scientists are still wary about maintaining some kind of life there.

The second directive would update the Mars rules to allow future human missions. Mars is a relatively restricted world right now. To landers, it is a Category IV site, meaning there is a major interest in discovering life there and a large risk of pollution. Meanwhile, parts of the planet - where liquid water might exist - are even more restricted and require more intensive guidelines.

NASA does not suggest changing the Mars classification. Yet the interim order calls for the agency to come up with new recommendations based on what we keep learning about Mars from future missions such as the launch of this summer's Perseverance rover.

Such proposed proposals are the latest in a series of improvements and new rules that NASA is making as it tries through the Artemis initiative to go back to the Moon. NASA announced in May the creation of the Artemis Accords, an international set of guidelines to explore the Moon that it hopes other countries will adopt.