Five Planets in One Night: Tips on How and When to See The Spectacular Show With Your Naked Eye

Set your alarm and wake up early on Sunday, July 19. About 45 minutes before sunrise, you'll be able to see five planets in retrogade and the crescent moon without using a telescope. Mercury, Venus, Mars, Jupiter and Saturn, as well as the moon, will all be visible.

Be sure to set your alarms early this Sunday, July 19, whether you are an avid astrology fan or not.

Wake up early this Sunday, July 19 should you want to see a sky show. About 45 minutes before sunrise, there will be a presentation of the crescent moon and the five plants without using the telescope. Sounds thrilling, right?

According to CNET, the five planets -- Mercury, Venus, Mars, Jupiter, and Saturn -- will appear simultaneously in the skies and will be seen on Earth.

Also Read: The Night Sky This May: Here are the Top Astronomy Events You Can See This Month

Everything you need to know

Dates and how to see the planets

It could be a bit of effort since this spectacle is happening way early in the morning, right before you mix your daily coffee. This July 19, Sunday, you will get to see the planets but you will not need to prepare a telescope.

To find Jupiter, Mars, and Saturn

Two hours before sunrise, you can see Jupiter, the largest planet, sinking into the southwestern direction with the ringed planet Saturn, above toward the right. Follow the path of a curved line passing through these planets and into the southern skies, then you can chance on Mars, above the southeastern horizon. 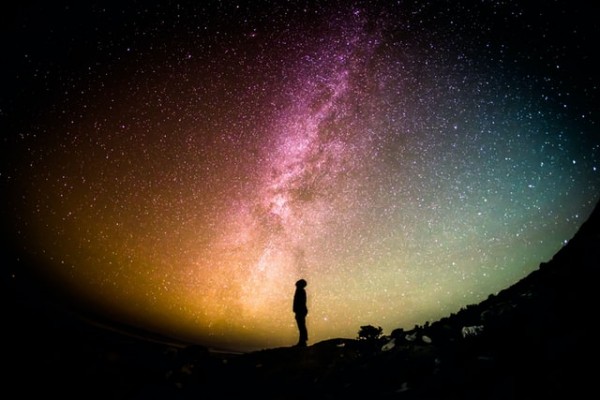 (Photo : Greg Rakozy / Unsplash)
How to see the five planets up close and personal

Men are from Mars, women are from Venus -- in the sky show, you will be spotting Venus along the northeastern horizon. Easily spotted because it will be one of the brightest you can see in the night sky.

Mercury can be a little bit tricky, and timing is important. It could rise in the northeast about 45 minutes before sunrise as seen from New York City. Looking at the tiny dots and binoculars, you can be able to identify the planets.

Astronomer Jeffrey Hunt said, "Step outside early in the morning, at least an hour before sunrise. Find the four bright planets -- Venus, Mars, Saturn and Jupiter. They look like overly bright stars. Brilliant Venus is low in the east-northeast. Mars is the lone 'star' in the southeast, and Jupiter and Saturn are the stars in the southwest. To your eyes, they won't look like the photos made by spacecraft, just overly bright stars."

CNET reporter Gael Cooper said, "The sight will be visible in both the northern and southern hemisphere.  From south of the equator, Hunt notes, Mars is in the northwest rather than the southeast If you miss out, you'll still be able to see the five planets in the sky for a few additional mornings after July 19, but you won't also see the moon."