'Fortnite' Season 3 Offers Two FREE 'Avengers' Pickaxes: Here's How to Get Them

Epic Games has yet another surprise for Marvel fans as they are giving away two Avengers "Gauntlet" style pickaxes on Fortnite. 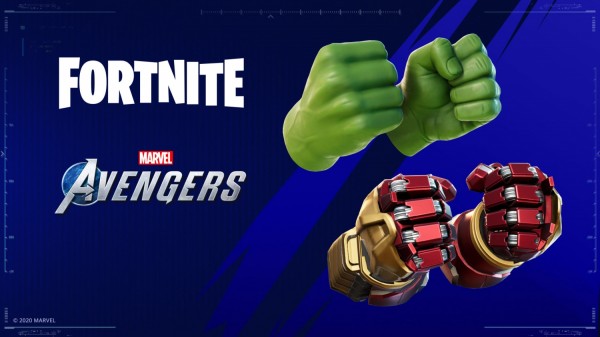 According to a report by Forbes, Marvel has partnered again with Epic Games to promote the new Avengers video game, which is probably the closest thing fans can get before the start of MCU's Phase 4 due to delays caused by the COVID-19 pandemic.

The Marvel Avengers video games will be officially launching in September of this year, but fans could already try them out through betas that will start in August.

The news outlet confirmed two new pickaxes named Hulk Hands and Hulkbuster Hands, which is basically just one pickaxe with two cosmetics (so you might as well be getting two new pickaxes).

Apparently, there have been no other Gauntlet-styles pickaxes as they were usually designed as knives, dual swords, or axes--but Fortnite fans were somewhat recently treated with a Captain America shield-style pickaxe.

So, how do fans claim these new pickaxes?

Here's How to Claim Them

(Photo : Fortnite/Facebook)
Fortnite is offering a free Avengers pickaxe with a bonus cosmetics.

Based on the report, Fortnite players only need to complete the Avengers video game beta on any platform where it is available, namely on PS4, Xbox One, or PC.

Here are the dates when you can complete the betas:

However, it's essential to link your Epic Games Account with a Square Enix account, which will be publishing the Avengers game.

In a recent stream of the upcoming game, fans will be able to know what type of content they will have to play in the beta version, which are three HARM challenges they would need to complete in order to finish the beta and get the Hulk Hands Fortnite pickaxe.

For those who might not be able to complete the beta or could not join the beta versions, Epic Games is reportedly bringing the pickaxe on the in-game store.

Nevertheless, why purchase it with V-Bucks or real money when you can get it for free quite easily?

Epic Games and Marvel as well as DC have been partners for quite a while now and it's not the first superhero-themed content we're getting from Fortnite.

Last season, fans were surprised with an exclusive Deadpool skin that Battle Pass owners could get for free if they complete the weekly challenges associated with the Merc with a Mouth, which are practically straightforward and easy to do.

This season, players could get the Jason Momoa-inspired Aquaman skin from DC, which they could also get after completing all the Aquaman-related weekly challenges.

Just this July 4, Fortnite fans were also surprised with a Captain America skin in celebration of Fourth of July.

Those who want to get the new Avengers game could get it for Xbox One, PS4, and PC, while Fortnite is available on PC, Xbox One, PS4, Nintendo Switch, and on Android and iOS devices.