Scientists from Oxford-based Reaction Engines and the UK Science and Technology Facilities Council are looking at replacing kerosene with ammonia as jet fuel in response to the British government's campaign for zero emissions by 2050.

According to Daily Mail, the team is developing a technology that allows airplanes to run on ammonia. This would produce zero greenhouse gas emissions like carbon dioxide and is less fire hazard because it does not easily burn on its own, unlike kerosene-based engines. A recent campaign in the UK aims to mitigate climate change by reducing its carbon emissions to net-zero by 2050.

With this study, ammonia will be mixed with hydrogen to burn in a combustion chamber. Scientists suggest using a heat exchanger to heat the fuel towards the engine, then 'cracking reactor' follows to break the ammonia into hydrogen and nitrogen. 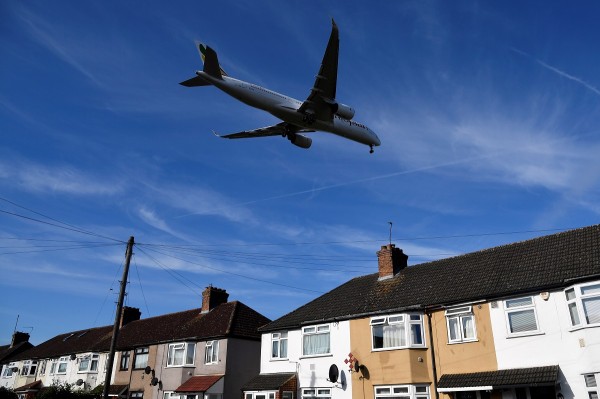 (Photo : REUTERS/Toby Melville)
An Ethiopian Airlines plane comes in to land at London Heathrow airport, which posts its first-half results following the outbreak of the coronavirus disease (COVID-19), in London, Britain, July 29, 2020.

Reaction Engines' James Barth told MailOnline that this fuel could clean up its emissions. Once the fuel mix is ignited to propel the engine, it will only leave nitrogen, water vapor, and some nitrogen oxides as waste products, although adding more ammonia can eliminate the latter.

According to Dr. Barth, ammonia-powered planes are suitable for short-haul flights since ammonia does have a lower energy density than kerosene. Yet, ammonia is comparable with other green aircraft solutions such as the battery-power and the highly expensive fuel hydrogen.

However, switching to ammonia can be done gradually by making minor additions to conventional jet engines. There is no need for airlines to change their current fleets as they use cleaner fuel completely.

Although kerosene and ammonia cost almost the same, completely green production of ammonia will be more expensive since it is currently made from natural gases like atmospheric nitrogen and methane.

Dr. Barth believes that "ammonia will be cost-competitive with synthetic fuels." He expects that things like future carbon taxes may offset the cost. There are also possibilities of making ammonia entirely renewable in the future by merely switching natural gas with electrolyzed water.

In an interview with the Telegraph, Reaction Engines' chief executive Mark Thomas said that having a cleaner environment during the coronavirus lockdown could help promote "green travel." 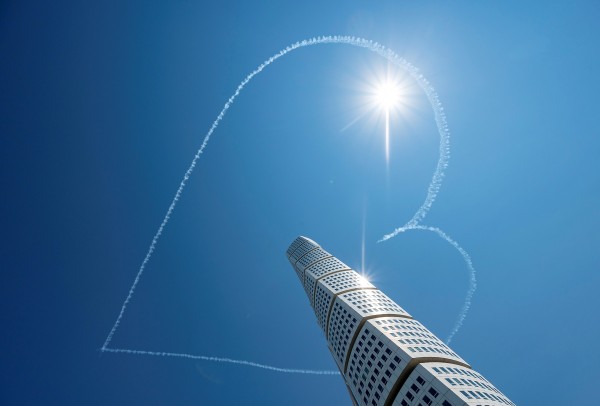 (Photo : Johan Nilsson/TT News Agency/via REUTERS)
Airplanes of the Scandinavian Airshow draw a heart in the sky, above the Turning Torso building, amid the spread of the coronavirus disease (COVID-19), in Malmo, Sweden July 17, 2020.

"We've been living under clean skies for the past few months," said Thomas said adding that this pushes for "a real technology drive."

According to the New York Times, the lockdown and economic shutdown have brought about cleaner air and environment. The National Oceanic and Atmospheric Administration started a global experiment where researchers fly aboard a small plane to measure carbon dioxide in Boston to Washington.

Meanwhile, Georgia Tech's atmospheric scientist and chemical engineer Sally Ng noted that the study "is a giant, global environmental experiment" being done in a very controlled way. According to NOAA atmospheric chemist Shobha Kondragunta, they were able to watch these transformations all around the world for a longer period. Kondragunta studies tailpipe pollutants such as nitrogen dioxide and sulfur dioxide that produces smog over the North and South Poles.

Currently, Dr. Barth's team seeks funding to create a small, ground-based area to demonstrate the possibility of this type of engine as well as plan to change the design of heat changers and cracking reactor.

Read also: NASA: With Clear Skies Due to the Lockdown, the World Will Get the Chance to See the Intl Space Station Even Clearer! Here's How