NASA scientists will be seeking to mine the '16 Psyche' asteroid in 2022. It is valued at about $10,000 quadrillion as it is made up of a solid gold core that is covered with pure nickel and metallic iron.

NASA is coming a little closer to mining those riches floating in space. According to News 18, NASA's Psyche mission has now moved on to its third phase after successfully passing the "critical design" phase in May. The mission is set to be launched on August 19, 2022.

On its website, NASA said that this will be the first time that it will be exploring "a world made not of rock or ice, but of metal." The Psyche mission is currently in the third of six phases. In this phase that will last until January 2021, the mission will focus on creating final design and subsystem fabrication, assembly, and testing. 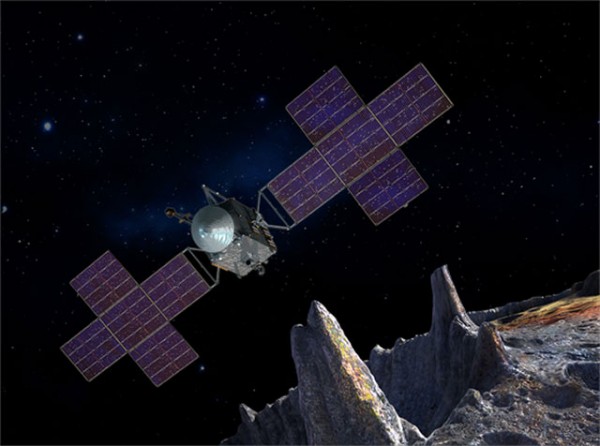 (Photo : Psyche)
NASA Psyche Mission to Mine Asteroid in 2022

In July, NASA stated that they got a new device that will study the asteroid 16 Psyche aims to discover more information about the Earth's formation. Called the 'Psyche' spacecraft, it will examine the asteroid's magnetic field, take images, and input data regarding the topography as well as the asteroid's composition.

While scientists theorized that the Earth and other terrestrial planets have metallic cores, they have not yet reached beyond the crusts and rocky mantles. Asteroid Psyche will give an important insight into how planets are formed as well as the opportunity to examine an unexplored domain.

"Since we can't examine Earth's core up-close, exploring the asteroid... could give valuable insight into how our own planet and others formed," NASA said.

Read also: UK Company Eyes to Mine on Asteroid Worth $13 Trillion by 2027

The asteroid 16 Psyche is located between Mars and Jupiter. It triggered the interest of scientists who believe that the asteroid's 226-kilometer-wide body could contain precious metals that can surpass the cost of the economy of the entire world. 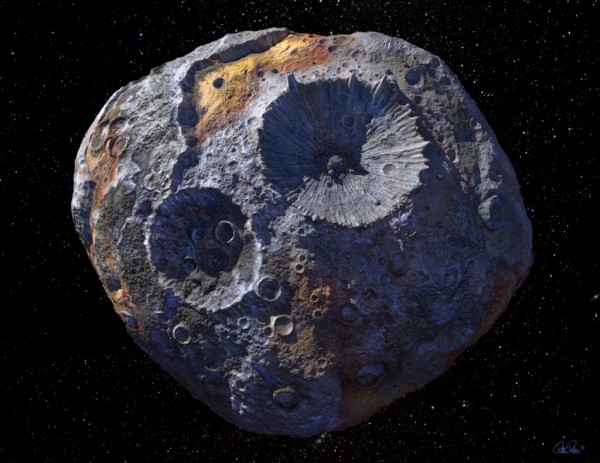 (Photo : Psyche)
NASA Psyche Mission to Mine Asteroid Worth $10,000 Quadrillion

Scientists speculate that there may be diamond, platinum, and gold buried deep in asteroids, which may be worth billions of dollars. Some experts even value the asteroid at around $10,000 quadrillion as it is made up of metallic iron and nickel while its core is made of solid gold.

NASA is looking at collaborating with Elon Musk's SpaceX on the mission, which is scheduled to begin its journey to the asteroid in 2022.

The Psyche Mission was proposed in 2011 and selected by NASA in September 2015 for the development of a detailed concept study for consideration for NASA's Discovery Program. In March 2019, the team completed the Preliminary Design Review project and flight system while the team got the official approval to move to Phase C in May 2019.

After a year, the scientists continued to work on the mission's critical design of the project and flight system while they completed the critical design review and body of the spacecraft in May.

The team will then conduct the Systems Integration Review in January 2021 to ensure the readiness of the system before the team goes through the Key Decision step when the team gets the official approval to move to Phase D. This phase involves the assembly and testing of the instrument and spacecraft.