A British mining company plans to launch an asteroid mining mission in 2027. That's according to an exclusive report by Daily Star,

In its goal to push human progress further, the Asteroid Mining Corporation eyes to launch a mission to mine the Asteroid 1986DA, which is said to be worth £10 trillion or more than $13 trillion.

According to a research published in Science Mag in 1991, Asteroid 1986DA created echoes that were "significantly more reflective than other radar-detected asteroids," which proves that the near-Earth object is composed of NiFe metal from the melting of a larger object that went through a catastrophic crash. 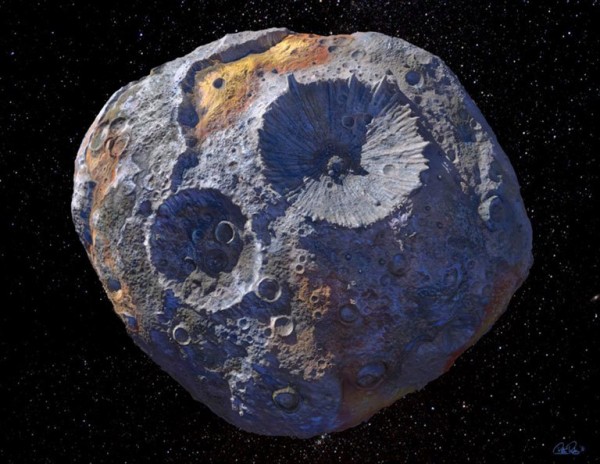 (Photo : Maxar/ASU/P. Rubin/NASA/JPL-Caltech)
Artist's concept of the asteroid 16 Psyche, which is thought to be a stripped planetary core.

The asteroid measures two kilometers in diameter and is believed to be a part of some iron meteorites. It appeared smooth but is extremely irregular at scales between 10 and 100 meters.

After completing his dissertation entitled 'The Case for Asteroid Mining: Examining the economic and political benefits to be gained from mining in Space' at Liverpool Hope University where he studied International Relations and History, 25-year old Mitch Hunter-Scullion founded the asteroid mining in March 2016. He also aims to bring the Third Industrial Revolution with asteroids mining, which he regards as the "single greatest economic opportunity in human history."

In May, Hunter-Scullion said at a lecture at the University of Oxford Doctoral Training Partnership that while Earth's resources are limited, the society has infinite demand. "Space Resources will allow for centuries of sustainable economic growth," he added.

Hunter-Scullion also said that "the sky is not the limit" as the space resources industry may spawn boundless possibilities. As asteroids, which are also known as "flying gold mines" due to the high value of the metals it contains, Hunter-Scullion's company plans to launch a mission to mine them.

On its website, the UK-based company said that it has "every intention of living among the first private citizens of Space."

An asteroid worth $13 trillion

Hunter-Scullion told Daily Star Online they have been working on classifying the most valuable asteroids as well as those "most viable candidates" for exploration. After weeks of study, Asteroid 1986DA came up and the company valued the materials that can be found in it at about $13 trillion. 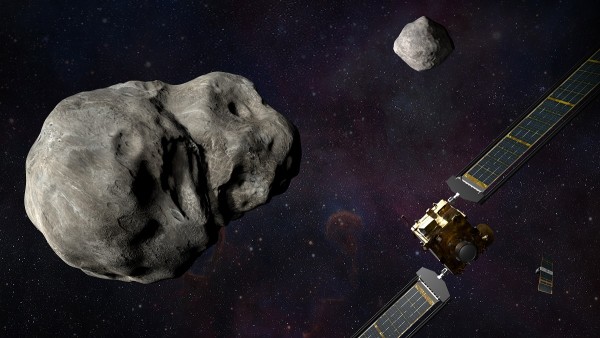 (Photo : NASA)
Predicting the Unpredictable—The Dynamics of DART’s Dive into an Asteroid

"An asteroid with a 1km diameter and in the upper 90th percentile for platinum composition would essentially be something like £9 or £10 trillion," the young CEO said.

Hunter-Scullion seeks to find legal registration over mining of Asteroid 1986DA for a mission launching in 2027. Perhaps, the United States government can assist him with legal matters as American legislators passed a law in 2015 allowing private companies to join in the space mining industry.

According to the law, US citizens are allowed to participate in the "commercial exploration and exploitation of space resources" that includes water and minerals as NASA supports research activities on space mining.

Meanwhile, Luxembourg also passed its national space mining law, entitled Law of 20 July 2017 on the Exploration and Use of Space Resources.

However, Hunter-Scullion said that is "difficult to quantify the multitude of space resources, but he believes it is a huge industry that can even "get very much larger."

According to the 2019 study by the Allied Market Research, the asteroid mining market could reach nearly $4 trillion by 2025 as various private and government missions are planned in the future.

Numerous investors like capitalists, research directors, executive planners, and even government officials have expressed their interest in the project.