The Mystery of the 'Lost Colony' Has Been Answered; What Really Happened to Them?

One of the world's biggest mysteries is the of the Lost Colony, the English colonists that were left on Roanoke and suddenly disappeared with the only clue, the word CROATOAN that was carved on wood.

Since then, there have been tons of theories as to what happened to them. 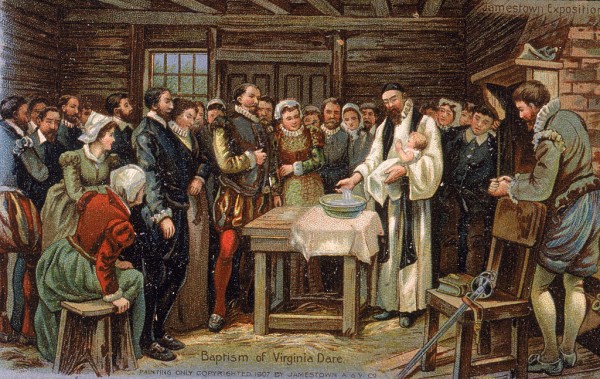 John White, the leader of the colonists, believed the word was left behind to let them know that the colony had moved to Croatoan Island, but before he could set sail and confirm, they were forced to go back to England, never really knowing what happened to the colony.

Meanwhile, some believe that they have been killed by the Native Americans near the settlement, while some think they had integrated with the locals or have attempted to go back to England and failed or might have retreated when the Spanish forces came.

Nevertheless, the truth has never been told--until today.

According to The Virginian Pilot, a researcher said that the "mystery is over" and that the truth behind the colony's disappearance wasn't as dramatic as what others believed.

Scott Dawson researched records surrounding the English colony and also dug up artifacts in the area where they lived with the Native American Indians in the 16th century, and all of his findings were released in a book entitled The Lost Colony and Hatteras Island, and it said that the colony simply lived with their native friends, the Croatoans.

"They were never lost. It was made up," Dawson said.

Read Also: New Research Reveals That Our Brains are Wired to See Faces Everywhere, Here's Why

Dawson's findings prove perhaps the most common theory about the Lost Colony and what White had initially thought.

It also made sense that they had the same answer to the mystery as the researcher drew inspiration from the original writings of Write, as well as Thomas Harriot, and others.

For 11 years, a team of archaeologists, botanists, historians, geologists, and more have dug up the settlement in Frisco and Buxton. When the digs began, Dawson and his wife, Maggie, formed the Croatoan Archaeological Society.

The project was then led by Professor Henry Wright, who taught anthropology at the University of Michigan.

During the project, the teams have found thousands of artifacts between four and six feet below the ground, showing a mixture of Indian and English life, such as Indian arrowheads and potteries among English guns and swords.

"In a spot the size of two parking spaces, we could find 10,000 pieces," the researcher said.

Some of the dug up artifacts can be viewed by the public at the Hatteras Library while the majority are currently in storage.

Evidence also showed that the Roanoke colony and the Native Croatoans all lived peacefully with each other in Hatteras Island, where they ate together, lived together, and even had mixed families that had endured for generations.

The crew also found skeletons when they dug up the area, but Dawson said they were all left untouched out of respect.

Read Also: Enigmatic 'Heartbeat' From Cosmic Gas Cloud Powered by a Black Hole? Could it Be Marvel-Baddie Galactus?