Each month for a day, Niantic Labs holds a Pokemon GO Community Day that features one Pokemon with exclusive themed field research surrounding the Pokemon and the monster spawning more in the wild. 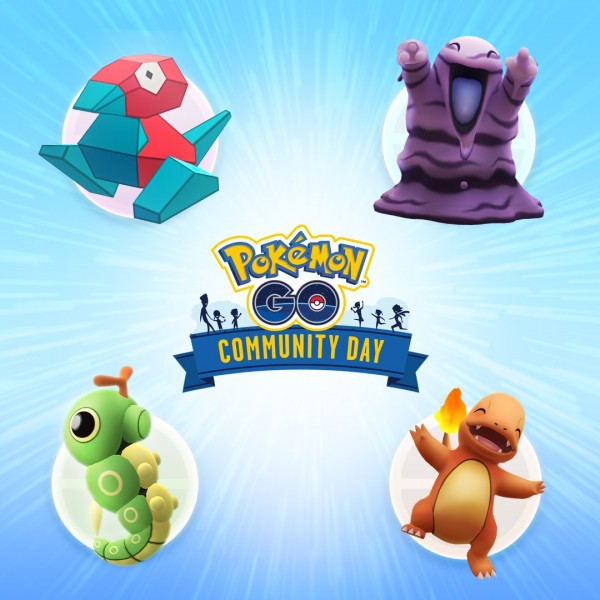 (Photo : Pokemon Go/Facebook)
The choices have been announced, along with their exclusive moves.

The people vote community Day's featured Pokemon--and after the August event, Niantic will be launching the voting for September and October's Community Day.

The developers have given Pokemon GO players with four choices:

According to Forbes, Niantic has indicated that the voting will open soon via their official Twitter account, which is somewhat different from the usual field research they often do during the first round of voting but is perhaps more convenient for Pokemon GO fans.

Based on the announcement, the Twitter poll will be open for 24 hours, and the two most voted Pokemon will be featured in September and October Community Days.

Votes will be collected via a poll hosted on our @PokemonGoApp Twitter channel.
The poll will be open for 24 hours.
The two Pokémon with the most votes will be featured in September and October.
#PokemonGOCommunityDay pic.twitter.com/XH9o7VyhX6 — Pokémon GO (@PokemonGoApp) August 17, 2020

The developers have also announced the polls' date, which will take place on Saturday, Aug. 22, until Sunday, Aug. 23.

Read Also: 'Risk of Rain 2' Guide: How to Get and Use Artifacts, Plus, Limited Edition Vinyl Now on Sale

Who Will be the Featured Pokemon For September and October?

Nevertheless, based on the comments of many Pokemon GO players, the clear front runners are Porygon and Charmander.

According to the news outlet, Porygon is one of the rare Pokemon that you will rarely see in the wild or hatch from eggs, so it's no surprise that players are clamoring for a Porygon Community Day, while Charmander is also a great choice, especially when you can evolve a powerful Charizard that would be handy in battles.

Furthermore, there's a chance to get a Shiny Charmander and evolve into a Black Charizard, which is definitely a cool addition to your Pokedex.

Besides the Shiny forms, many also look forward to Community Days as they get to evolve Pokemon with unique moves, and according to PocketGamer, the developers have also announced the exclusive moves the featured Pokemon will learn.

If Charmander is selected, Pokemon GO players could evolve a Charizard with the Dragon Breath charged move, while Porygon will evolve into a Porygon2 and finally into a Porygon-Z that knows the Normal-type move Tri Attack.

This will be the attack's debut in Pokemon GO.

Meanwhile, Grimer can be evolved into Muk that knows Fire Punch, while Caterpie can evolve into a Butterfree with the exclusive move Hurricane.

Furthermore, Grimer has an Alolan version that will also be featured during the Community Day through Raids if it ever gets chosen.

If you have a Twitter account or want to create one for this, make sure to follow their account @PokemonGoApp for more information on the Community Day poll and cast your votes for your favorite Pokemon.

For those who haven't yet experienced a Community Day, it's a ticketed event and typically lasts for several hours, but it's a one-day experience only, and you need to play during the hours given to get all the bonuses.