As the year 2020 is nearing its end, the majority of people that are still affected by the coronavirus pandemic are hoping that the global health issue would also be resolved soon. To achieve that, the Australian government is willing to ban Aussie anti-vaxxers from international flights, public transportation, and restaurants. 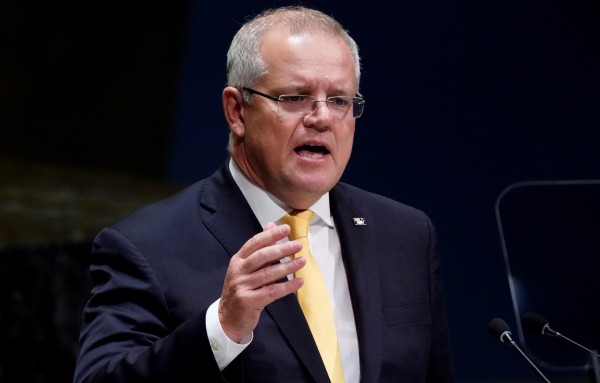 Vaccine is Coming to Australia

According to the Daily Mail, the government is considering the ban to encourage 95% of its citizens to take the COVID-19 vaccine when it arrives.

On Aug. 19, the Deputy Chief Medical Officer Dr. Nick Coatsworth said in a press conference that health officials and ministers would be discussing methods to ensure the public will get vaccinated against the highly-infectious virus.

The government is hoping that a COVID-19 vaccine will reach Australia early next year after signing a deal with Oxford University Tuesday, Aug. 18, to bring their vaccine to the country.

For Dr. Coatsworth, he believes the majority of Aussies will do the right thing.

"I suspect the majority of Australians will get vaccinated, and there will be a strong public view that for those who choose not to get vaccinated, there needs to be some sort of incentive, or stick perhaps, to make it happen," the official said.

Read Also: China May Have the Perfect Christmas Gift: A COVID-19 Vaccine - And It's Only $72 Each Dose

One of the methods they are considering is withholding government support to anyone who chooses not to get the vaccine, among others.

A similar rule is already in place, specifically the 2015 "no jab, no pay" rule of the Australian government, which would stop parents from receiving benefits from the government, such as Child Care Benefit, if they refuse to get their children vaccinated.

However, he confirmed that there are no current mechanisms that enforce that as of now.

So, how will the government know who has been vaccinated and who refused the jab?

According to the health official, the government is considering giving people certificates after they have been vaccinated as proof.

"As Mandatory as Possible"

Meanwhile, Australian Prime Minister Scott Morrison shared the same sentiments as Dr. Coatsworth and said earlier that he would make the COVID-19 vaccine "as mandatory as possible."

He said those who are unable to take the vaccine due to legitimate medical reasons would be exempted, but everyone else should be protected.

Sure enough, the announcements did not go well with thousands of anti-vaxxers, who immediately bombarded the politicians with online abuse and saying they would never take the vaccine, saying that mandatory vaccination is "a human right violation."

However, the prime minister seems to be unaffected by the backlash, saying that he is already used to it, especially as he was the one who established the no jab, no pay rule.

"My view on this is pretty clear and not for turning. You have to do it for yourself, your family, and for your fellow Australians," PM Morrison said in an interview with 3AW, a Melbourne-based radio station.