The Guinness World Record's fastest limousine is now up for sale for about $289,000 in Australia.

The Ferrari 360 Modena was built in 2003, but it was converted into a stretch limosine in 2012. It got the world record for the quickest limo as it can accelerate from 0mph to 60mph within six seconds.

Aside from its speed, it also bagged the world record for the longest Ferrari. According to Daily Mail, this unique limo is equipped with advanced technologies including gull-wing doors, LED lighting, TV screens, a bar, and a cinematic surround sound system. 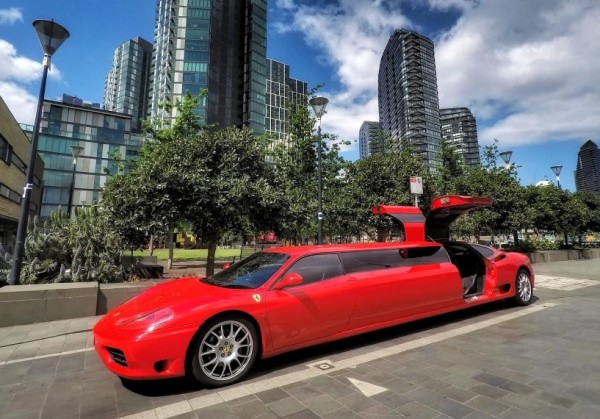 This supercar can accommodate up to 10 people and can reach a maximum speed of 166mph, although it has only 65,000 kilometers on its odometer.

Previously, the car was advertised to embody "the ideology of affluence and success" as it can be rented from ExoticLimo for $1,000 per hour. However, it is currently up for sale through CarSales.com for $289,000.

According to CarSales, the Ferrari Limousine owner noted that with the vehicle's strikingly unique character, they get numerous enquiries every week while the customer feedback has been incredibly positive. The vehicle comes with a complete roadworthy certificate and is has been immaculately maintained in the warehouse.

As the ultimate showpiece vehicle, it is also popular with celebrities and VIPs, F1 events, car shows, and event promotions, corporate bookings, as well as shoots for music, film, and television. The owner also urges buyers who want to operate the vehicle from Melbourne and vowed to include its booking portfolio along with the sale of the vehicle, which does not include the limousine's FRRRI plate number. 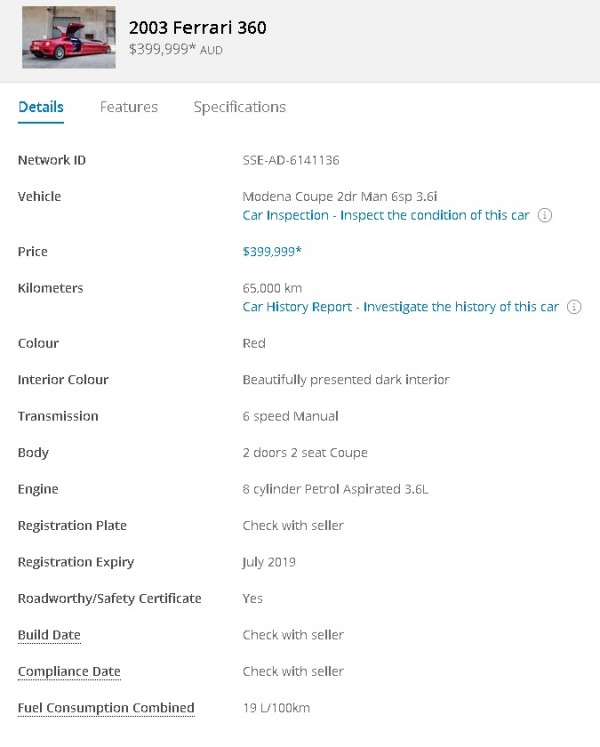 The advert also states that the business phone rings constantly from potential customers whenever the car is out on the roads.  'There can be no doubting the power that comes with owning the Ferrari Limousine," the advert said adding the buyer will immediately notice its multi-layered positive effects throughout the operation of the business. Meanwhile, the buyer may also choose to have Exotic Limo to continue operating the Ferrari Limo in Melbourne after the sale is completed like the company's other clients.

According to a Street Machine article in 2018, a man named Scott Marshall imported a 2003 360 Modena to Australia, then used an air hacksaw to cut it in half after two weeks. "She's a genuine Ferrari 360 that we imported from England," Marshall told Street Machine.

Marshall stripped the interiors and added aluminum chassis extensions to elongate the Prancing Horse by three meters while the new midsection and gull-wing doors were all built from fiberglass to save extra load. 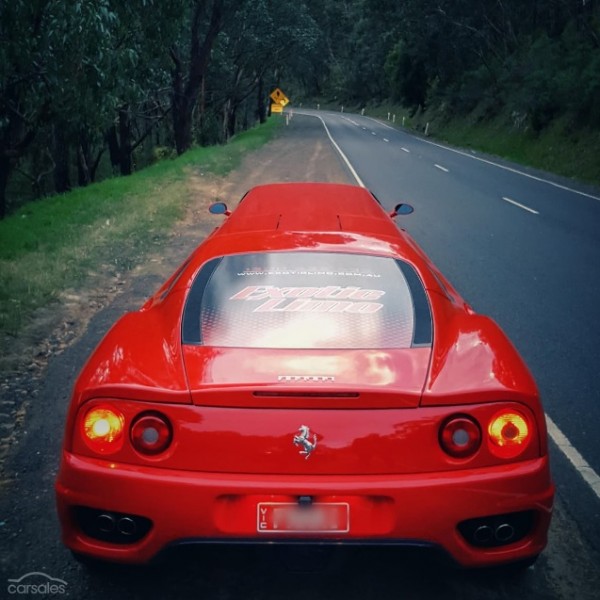 Then, they packed the vehicle with additional eight seats, two TV screens, a stereo, and additional air conditioning system. The modifications, added about 1,100 kg on the car's weight.

Meanwhile, its 400-horsepower V8 was retained, although its manual gearbox was replaced by an automatic from a Subaru Legacy GT to make driving much easier.

However, Marshall said that it may not live to its name when it comes to speed. "It goes through chicanes grouse, sounds like a Ferrari and goes like a Ferrari - but not as fast!"  he said. Well, that is quite understandable with such a super elongated body.