On July 30, NASA's Mars rover called Perseverance was launched to space. It was one of the most remarkable moments of the United States, in terms of space travel. However unknown for some, seven days before this grand event, China's space agency also launched its own version of Mars Rover inside the Tianwen-1 Mars spacecraft.

And now, it is leading the Mars travel.

China's Tianwen-1 is now closer to Mars than Perseverance 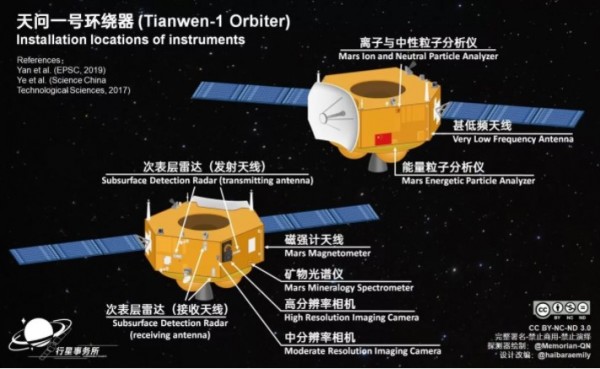 As of 10:08 AM (GMT +8) on Friday, Aug. 28, China's Mars rover successfully hit its 100 million kilometer travel mark, according to China National Space Administration (CNSA) via CGTN.

Tianwen-1, the country's first Mars mission, has reached almost 1/4 of its required travel time to reach planet Mars. After 36 days of travel into space, it is now 10.75 million kilometers away.

"The Tianwen-1 mission is a major landmark project in the process of building China's aerospace power, and a milestone project for China's aerospace to go further and deeper into space," mission deputy commander Wu Yansheng said in a CASC statement.

Impressively, the rover is on its normal flight condition. No other reports said that the spacecraft experienced any issues during the 36 days of its travel.

Tianwen-1 rover targets to further study Mars and to conduct orbiting, landing, and roving missions after approaching the Mars orbit.

In fact, on July 27, the probe sent back a picture of Earth and the moon, which was taken by its optical navigation sensor. It was the first image from the spacecraft to be made public since the beginning of its launch.

The expected landing date of Tianwen-1 on Mars is on Feb. 2021. Similarly, the U.S. National Aeronautics and Space Administration (NASA)'s Perseverance Mars rover also lands on the same month and year.

How about NASA's Perseverance? 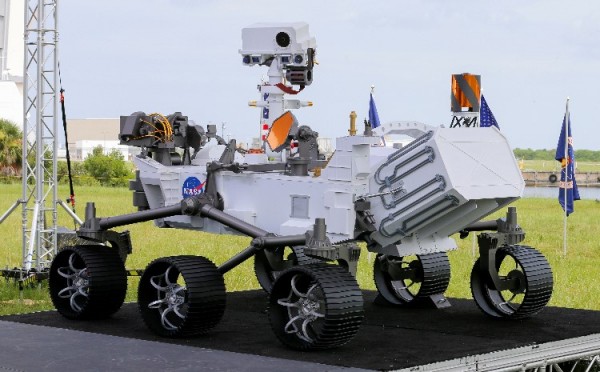 (Photo : REUTERS/Joe Skipper)
A replica of the Mars 2020 Perseverance Rover is shown during a press conference ahead of the launch of a United Launch Alliance Atlas V rocket carrying the rover, at the Kennedy Space Center in Cape Canaveral, Florida, U.S. July 29, 2020.

When it comes to a space mission, Perseverance and Tianwen-1 have the same objectives. But it turns out that the seven day-difference presents a huge margin between their travel time.

According to NASA's Perseverance real-time tracker on Friday, Aug. 28, the U.S. rover is now on its 67.5 million kilometer distance to Mars. That is nearly 30 million kilometers away difference from China's Mars rover.

The huge difference may be due to the week difference between their launches. Yet, it still shows that China has invested quality on its first Mars mission.