League of Legends community may be toxic since players show negative behavior during the game or even before the match starts. When summoners are having a bad time during a game, they usually AFK and wait for the game to end. 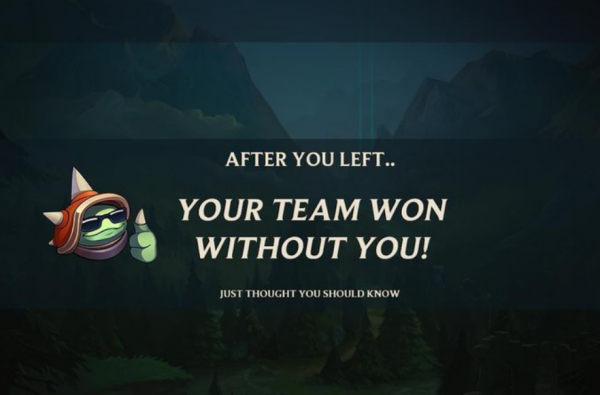 (Photo : Screenshot from Twitter post of @Arkhaliss)
League of Legends New System Will Punish Players Who Bully Someone to AFK

@riotgames @LeagueOfLegends Make this message appear to players who afk for like 10 times whenever they log into a game for punishment pic.twitter.com/OPOzzKnZMi — Arkhaliss (@Arkhaliss) August 7, 2020

Riot plans to update the punishments for players who usually leave the game to improve the competitive experience in the summoners rift. Riot Games' new system will solve the issues posed by AFK players and even the players who show negative behavior to lose in competitive League of Legends games intentionally.

"In 10.15 we rolled out our first background experiments in the Intent to Lose and AFK behavior spaces," said Codebear.

"For AFKs and Leavers, we tightened up our punishment and detection loop to be more impactful on the first AFK," he added.

He also explained that Riot's goal is to reduce future AFK abuse, especially when summoners are leaving the game multiple times in a row in the same play session, affecting other players in a short amount of time.

You can now surrender earlier when someone leaves the game

Codebear explained that when the system detects an AFK during the match, it will automatically refresh the surrender cooldown and notify the remaining players so they can surrender immediately. Riot's update will also lessen the amount of LP players lose when there's an AFK teammate. 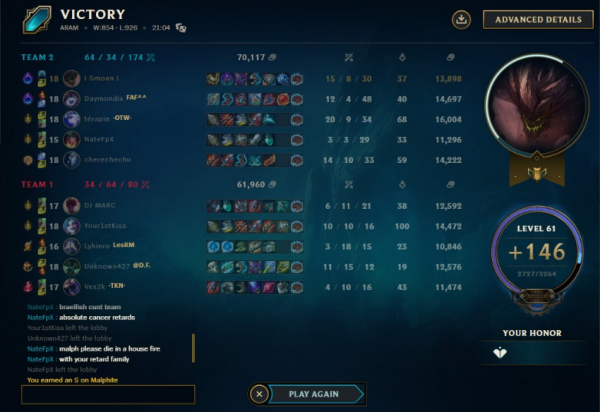 (Photo : Screenshot from Twitter post of @SmoanOfficial)
League of Legends New System Will Punish Players Who Bully Someone to AFK

LoL community is something else.. xD We crushed the other team, he went afk mid match since he didnt get help when he ran in. EVEN when we win and everything is fine xD #League_of_Legends pic.twitter.com/z8K6gvtcUm — Simon aka Smoan (@SmoanOfficial) February 20, 2020

However, the new system will investigate the players' behaviors before the AFK teammate was detected. It will check if some players are bullying another player into AFKing. Those caught will also lose LP, especially when the game turns for the worse because of their negative actions. The new features are expected to be released by Patch 10.24, around late Nov.

For more news updates about League of Legends and other popular strategic games, always keep your tabs open here at TechTimes.