A video posted in YouTube and Reddit's forum thanks the widely-popular electric vehicle, Tesla Model 3, for saving the owner's life and a speeding car from a terrible crash that would've resulted to damages and casualties. Tesla's instant and all-powerful Torque Acceleration proves dominance on the road and even safety from getting rear-ended.

A different story would have made the headlines if it wasn't for the electric vehicle, Tesla Model 3, saving both cars and drivers from a supposed crash that can cause lethal damages and even death. Tesla and electric vehicles rely on torque vectoring for power and output of the vehicle's performance, and in this situation, the Model 3 adds another safety feature on its list.

The instant acceleration from the vehicle's torque power protected the driver, David Spalding, from being rear-ended by an old Acura Integra who was speeding and did not notice the slowing flow of traffic ahead of it. The video was posted on Spalding's YouTube channel.

Spalding's video is a recording from Tesla's rear camera that shows a fisheye view of the incident. The video was only 14 seconds long, and the "almost" crash happened for only one second. The owner expressed his thanks, on his Reddit post, saying that the vehicle is responsive as he floored the accelerator, giving the car the boost it needs to get away from harm's way.

Tesla: The Safest Car in the World

This video attests to Elon Musk and Tesla being the safest car reviewed as reviewed by the National Highway Traffic Safety Administration (NHTSA). Tesla also boasts its brand and vehicles to be the safest in the world with its state of the art safety feature equipped on its electric cars.

Spalding's video shows his Tesla Model 3 to miss a terrible crash by an inch or even by a hair, after instantly accelerating and speeding just enough to get away from the Acura Integra. The vehicle seems not to pay attention to the road and is late to hit on his brakes to slow down. 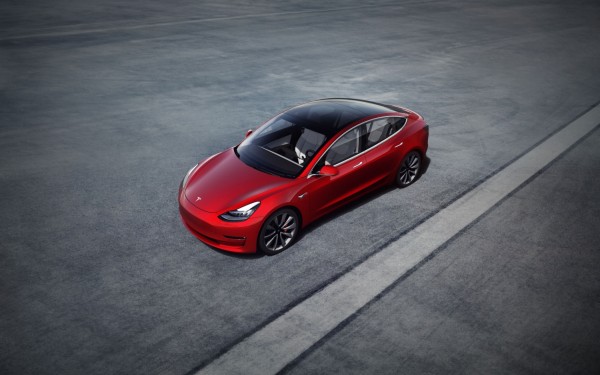 Tesla and car enthusiasts did not expect this feature of the car to be used in an alternative and additional safety aspect of the vehicle. This feature was initially intended for the vehicle's performance alone, a quality that is special to electric cars who rely mostly on torque vectoring for its juice and boost in power.

Internal combustion vehicles or commonly known as the gas or diesel engines make use of two components for power and performance, namely: horsepower and torque. Naturally-aspirated engines have two sources of energy with torque coming at the very first gear, giving the vehicle its boost and horsepower is the overall capability of the engine's power that is measured in horses (33,000 ft.lbs per minute).

Since Electric Vehicles lack the fuel-run engines present on most cars running on the street, EVs with the likes of Tesla distributes electric power from the battery to its electric motors. Tesla has dual or even four-individual motors that control each wheel, giving its torque power that is allocated each time the accelerator is floored.