The Deutsche Bank appears to be responsible in more than half of the $2 trillion of transactions between 1999 and 2017, which are included in the leaked U.S. government files.

German broadcaster Deutsche Welle reported that based on documents obtained by BuzzFeed News, which the media outlet shared with the International Consortium of Investigative Journalists, Deutsche Bank facilitated about $1.3 trillion out of the $2 trillion leaked transactions between 1999 and 2017. These were flagged as suspicious in the leaked documents that banks and other financial institutions filed with the U.S. Department of Treasury's Financial Crimes Enforcement Network, or FinCEN. 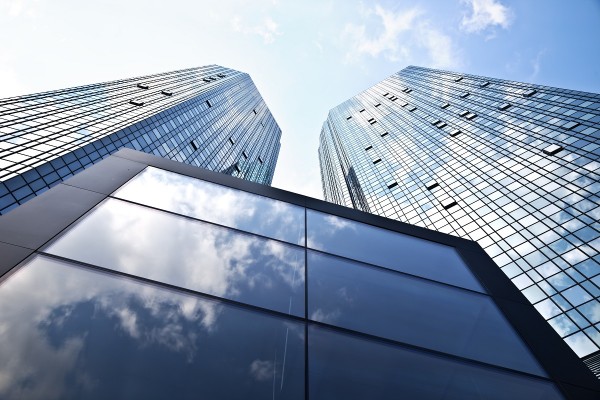 These reports are required by law to warn regulators when they find suspicious activities of financial institutions such as money laundering, although these documents are not necessarily evidence of any criminal conduct.

According to a statement shared in its website, The Deutsche Bank said that the incidents in the leaked documents "have already been investigated." The bank has also "devoted significant resources" to strengthen its controls and focused on realizing its obligations and responsibilities. These resulted in publicly recognized regulations and consequence management was applied.

In 2015, the DW report noted that Deutsche Bank was fined $258 million for doing business with countries that were barred by the U.S. such as Syria, Iran, Libya, Myanmar, and Sudan. However, these FinCEN documents showed the bank continued to transfer even after the previous settlement.

However, the past two years seem the calm before the storm. As the leaked FinCEN documents suggest that the top executives knew about the more than over $1 trillion dollars suspicious bank transactions.

According to a Daily Beast report, alleged that the current management was aware about the 2015's $10 billion mirror trading scandal. Sewing, the current CEO, led the audit division when auditors saw nothing wrong with the bank's Moscow trading, but later held its Moscow office liable for playing a role in a money laundering scheme.

According to investigators, the Moscow branch used stock transactions to launder $10 billion from terrorism, drug trafficking, and organized crime.  Criminals needed a Western bank to use in their money laundering activities and allegedly bribed one supervisor in Deutsche's Moscow office to facilitate the trades.

The US authorities intervened since the transactions were in dollars, charging the bank with $600 million of penalty. The bank subsequently ended its Russian investments.

However, BuzzFeed found "severe shortcomings" by the audit division, which suggested systemic failures and overlooking of Moscow's anti-money laundering activities. This resulted in warnings given by U.K. and U.S. financial regulators to Deutsche Bank. Buzzfeed noted a confidential letter dated March 2016 showed a UK's financial regulator who scolded Deutsche's role to take on financial crime and cautioned about bank's lack of leadership while the bank played a role in these financial crimes for a long time.