The Japanese automaker Honda announced that it is withdrawing from Formula 1 (F1) until the 2021 season. This leaves Red Bull and AlphaTauri looking for a new power unit supplier.

Honda made the declaration during a press conference on Friday, October 2, at its Tokyo headquarters. Honda said in a statement that it would be focusing its corporate resources on research and development of technologies such as battery EV (BEV) technologies and fuel cell vehicle (FCV), "which will be the core of carbon-free technologies" for its future products. 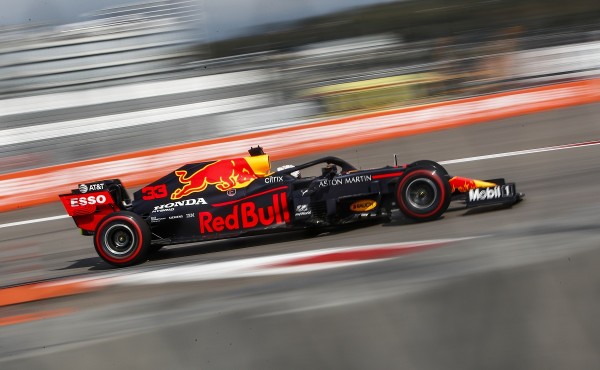 The car manufacturer's decision was made as the automobile industry goes through a "once-in-one-hundred-years period of great transformation." Also, the high cost of developing an F1 project clouded Honda's future in the race.

In 2019, Honda's F1 managing director Masashi Yamamoto told Motorsport.com that they have started to calculate an engine project's cost with future regulations. Yamamoto said that it is currently hard for car manufacturers because of the changes in rules for electrification. "So, we are summing up the development cost and having discussions internally," he added.

While the cost is the biggest concern, Yamamoto said their priority is to win. "Once we decide to participate, we just try to win," he noted

By the end of 2021, Red Bull and AlphaTauri will no longer have a power unit supplier, but despite Honda's decision company, the teams are thankful for the automaker.

AlphaTauri team principal Franz Tost expressed his gratitude "for the fruitful cooperation" they had with Honda. "Everybody at Scuderia AlphaTauri wish them well to reach all their goals and have a successful future ahead," Tot said.

He also said that finding an engine partner may not be easy, but they will evaluate all possibilities to "find the best power unit solution" by 2022.

Similarly, Red Bull thanked Honda for the "exceptional efforts" it extended to the team as a power unit supplier. It is also hoping for continued success throughout 2020 and 2021.

Honda made its first F1 appearance in 1964. It left the tournament in 2008 but returned in 2015 when it teamed up with McLaren, which bred a new range of power units that are utilized hybrid and energy recovery technologies. However, the partnership was terminated in 2017 after several years of frustration between parties.

The automaker then partnered with Toro Rosso in 2018 before teaming up with Red Bull Racing in 2019 as a works team the following year.

Honda experienced initial success with a podium finish at the Australian Grand Prix and clinched five victories with the Red Bull team throughout their partnership.

Honda will continue to compete with both teams "with "its utmost effort and strive for more victories" until the end of the 2021 season. After that, F1 will only have three power unit suppliers: Renault, Mercedes, and Ferrari.

Renault would be forced to supply engines for AlphaTauri and Red Bull as they have the fewest customers, based on the current rules. However, the teams could convince either Ferrari or Mercedes to supply them. Then it would be decided upon.

Red Bull and AlphaTauri have recently signed a new Concorde Agreement, which binds the two teams until the end of 2025. Red Bull boss Christian Horner said they are looking forward to "embarking on a new era of innovation, development and success" while they take their time afforded to evaluate the options and find the most competitive power unit solution.