iPhone's latest system, iOS 14, is currently facing many issues, including bugs. Right now, iPhone users are reportedly suffering from massive battery drain after they upgraded their devices to iOS 14. 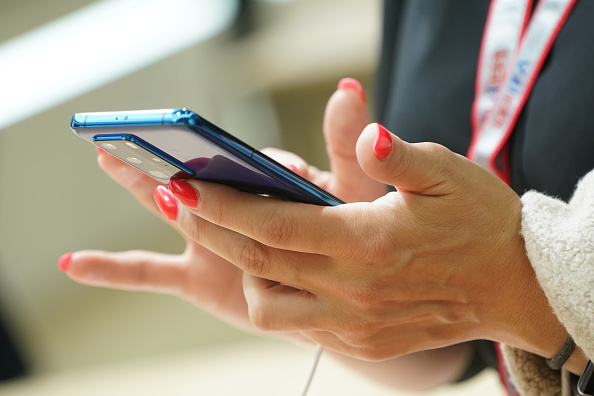 (Photo : Photo by Sean Gallup/Getty Images)
BERLIN, GERMANY - SEPTEMBER 03: A visitor tries out the Huawei P40 Pro smartphone at the IFA 2020 Special Edition consumer electronics and appliances trade fair on the fair's opening day on September 03, 2020 in Berlin, Germany. The fair is taking place despite the ongoing coronavirus pandemic, albeit in a reduced form and without personal access for the general public. The IFA 2020 Special Edition will take place from September 3-5.

So if you are also having this problem, remember that you are not alone, and Apple is currently fixing it for you. Many Apple users have reported that smartphones' battery life was significantly reduced with the latest system version.

Also Read: Having Problem With Upgraded Apple Watch Series 3? Here's Why It's Happening

iPhone is not the only product facing many issues; some people also complained that their Apple Swatches are having some issues after upgrading to watchOS 7, which was released along with iOS 14.

MacRumors reported that watch users are having problems with GPS data, saying that it is not properly recorded during their activities. Just like iPhone owners, they're also experiencing battery drain.

Apple confirmed that the iPhone and Apple Swatches could also face experience other issues. Here are some of them;

If you update your device to iOS 14.0 or watchOS 7.0, you might experience some of these.

-Health-related apps, such as Heart Rate, and the Activity, fails when they're launched on your Apple Watch.

-Your iPhone fails to launch or load the data of the Health app or The Fitness app.

-Inaccurate amount of data storage is reported by the Health app.

-Your Health app's environmental sound levels data or headphone audio levels are missing on your iPhone.

The company released a support document, stating that it will address the problems this week. However, Apple didn't provide a solution in the document. On the other hand, the giant tech manufacturer explained that if the users experience the mentioned issues, it is advisable that they unpair their watch and iPhone, back them up, clear the data, and restore them from back up.