The Tuber browser that lets Chinese users access U.S.-based illegal apps is now banned on Huawei online app stores. After the app went popular these past weeks, a new report published by Bloomberg, says that the app stopped functioning on Saturday, Oct. 10. 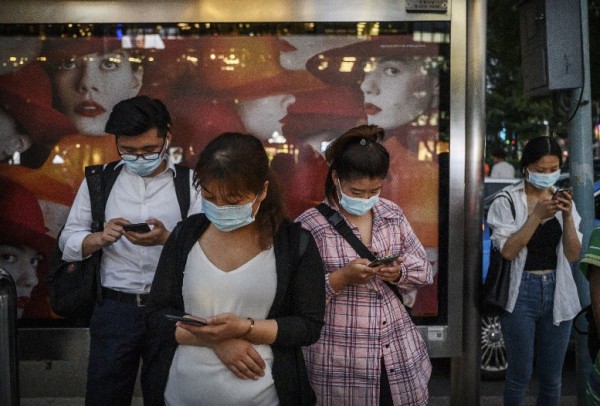 (Photo : Photo by Kevin Frayer/Getty Images)
Chinese commuters look at their mobile phones as they wait at a bus stop on September 21, 2020 in Beijing, China. A U.S. federal judge has issued an injunction against President Donald Trump's executive order to ban the popular Chinese mobile app We Chat from U.S. app stores as of midnight on Sunday. The action is seen as an escalation between the two countries regarding tech issues and the order would also prevent U.S. companies from processing transactions made via the app.

In return, U.S. President Donald Trump also made such agreement, which Chinese apps like TikTok or WeChat are also prohibited for American consumers.

Interestingly, an application named Tuber browser, backed by Chinese cybersecurity giant 360 Security Technology Inc, made it possible for their citizens to access these U.S. sites, by breaking the algorithms of Beijing's Great Firewall.

However, on Saturday, Oct. 10, Bloomberg exclusively reported that the said app is now blocked and removed from mobile app stores, all over China.

The reason or the person behind the removal is still unknown, as of today. Both parties from 360 Security company, or The Cyberspace Administration of China that administers China's internet, have not yet commented on the issue.

Of course, there are thoughts that the Chinese government did this in order to protect the censoring of China's world wide web.

"Presumably the government heard about it and asked the stores to take it down," said Rich Bishop, chief executive officer of AppInChina, a publisher of international apps in the Chinese market. 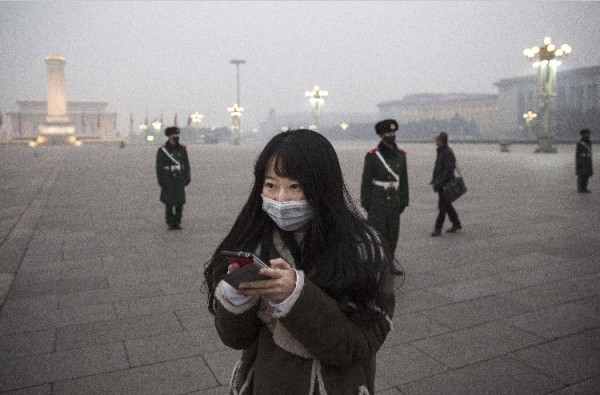 (Photo : Photo by Kevin Frayer/Getty Images)
A Chinese woman looks at her phone as Chinese Paramilitary police wear masks to protect against pollution as they stand guard during smog in Tiananmen Square on December 9, 2015 in Beijing, China. The Beijing government issued a "red alert" Sunday for the first time since new standards were introduced earlier this year as the city and many parts of northern China were shrouded in heavy pollution. Levels of PM 2.5, considered the most hazardous, crossed 400 units in Beijing, lower then last week, but still nearly 20 times the acceptable standard set by the World Health Organization. The governments of more than 190 countries are meeting in Paris to set targets on reducing carbon emissions in an attempt to forge a new global agreement on climate change.

Before the app was removed on mobile phone stores, it initially provides censored-free service for 904 million users in the country.

It was even downloaded five million times before the ban. The app works by requiring users to provide for mobile number registration, giving developers the ability to track activity because all smartphone numbers in the country are linked to unique Chinese identification.