Tesla CEO Elon Musk may have mentioned a quite catching phrase on his Twitter account, suggesting a possible release of so-called "Tesla Electric Bus." Electrek found the said tweet, which is now currently deleted. 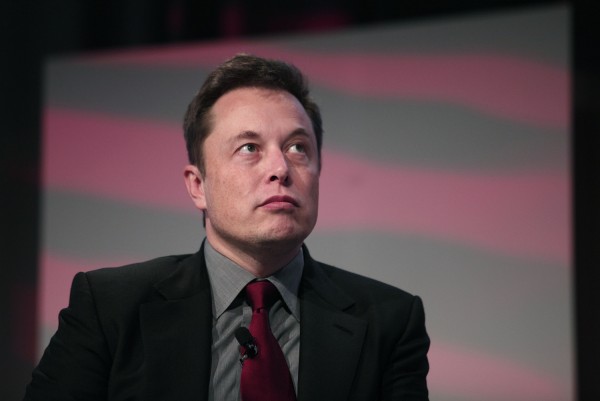 (Photo : Photo by Bill Pugliano/Getty Images)
Elon Musk, co-founder and CEO of Tesla Motors, speaks at the 2015 Automotive News World Congress January 13, 2015 in Detroit, Michigan. More than 5,000 journalists from around the world will see approximately 45 new vehicles unveiled during the 2015 NAIAS, which opens to the public January 17 and concludes January 25.

The series of tweets started when a Twitter user posted an image of what appears to be The Boring Company's tunnels. The image appears to feature EV cars entering the tunnel via an elevator.

Musk, then, answered back on the tweet saying, "We simplified this a lot. It's basically just Teslas in tunnels at this point, which is way more profound than it sounds."

We simplified this a lot. It’s basically just Teslas in tunnels at this point, which is way more profound than it sounds. — Elon Musk (@elonmusk) October 14, 2020

One of his company, The Boring Company, has applied for a permit to start expanding its Loop tunnel to be used for transportation between stations.

However, it was not clarified how the passengers will be transported from stations to stations. Then, Musk tweeted a possible clue of how it will be done, through electric buses.

As pointed out by Electrek, the now deleted tweet of Musk says:

"We will make a dense Tesla if it matters. Maybe just better to have more tunnels though. There is no practical limit to tunnel count. Increased traffic due to 'induced demand' is the second dumbest theory I've ever heard after homeopathy!"

As seen, Musk mentioned that his company will "make a dense Tesla," suggesting the possibility of an electric bus as a public transportation.

To make it more suspicious, the accidental tweet is now deleted from the thread.

Will there be a Tesla electric bus? 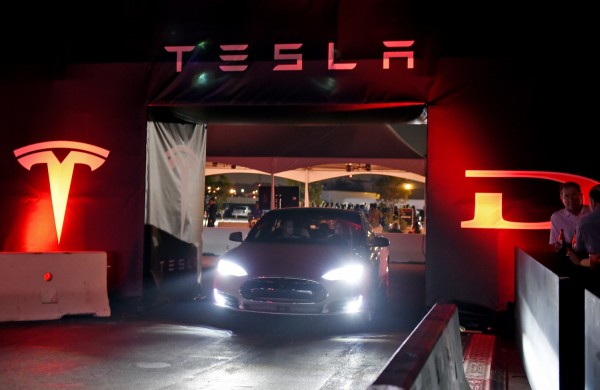 (Photo : Photo by Kevork Djansezian/Getty Images)
Tesla owners take a ride in the new Tesla "D" model electric sedan after Elon Musk, CEO of Tesla, unveiled the dual engine chassis of the new Tesla 'D' model, a faster and all-wheel-drive version of the Model S electric sedan, at the Hawthorne Airport October 09, 2014 in Hawthorne, California. The D will be able to accelerate to 60 miles per hour in just over 3 seconds.

The rumors of Tesla electric bus is no longer new to the company. After all, Musk is known as one of the critics of public transportation in the country, which he called "painful."

However, in a 2017 report of The Verge, the billionaire clarified that he wants to solve the traffic through higher density vehicles, but that doesn't include making a bus.

"I don't know if the bus thing really makes sense in the shared fully autonomous environment," Musk told The Verge in response to a question about the project in 2017. "If it costs less than a bus ticket to make use of a shared autonomy fleet to go wherever you want, point to point, well why don't you just use that? So I don't know."