iTunes and Apple TV customers received notifications starting October 14 from Apple that the Disney movies they previously purchased have been upgraded to 4K HDR for free. 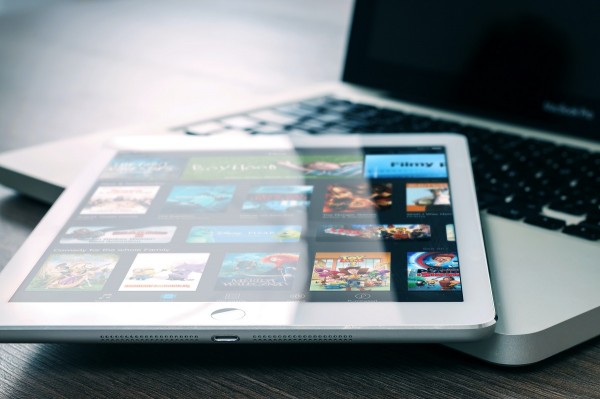 According to a MacRumors report, some of its followers received emails from Apple, a week after iTunes Store in the U.S. and Canada promotes various Disney movies as 4K. "The HD Disney movies you purchased have been upgraded to 4K HDR," Apple wrote on the email sent to Apple TV and iTunes subscribers. "Your HD Disney movies have been visually enhanced to 4K HDR at no extra charge," the notice added.

Twitter user Brian Tong shared the email he received saying he has been waiting for it for a long time.

HD Disney movies finally get the 4K HDR Upgrade you've been waiting for! Thank you @DisneyStudios and @AppleTV. Been waiting on this for a LOOOOOOOOONG TIME. pic.twitter.com/MZqpzBif9v — Brian Tong (@briantong) October 15, 2020

According to a 9to5Mac report, back in 2017, Apple already announced it supporting 4K titles in iTunes with agreements with all major Hollywood studios. However, it was surprising the Disney was excluded, despite Apple's close relationship with the studio. 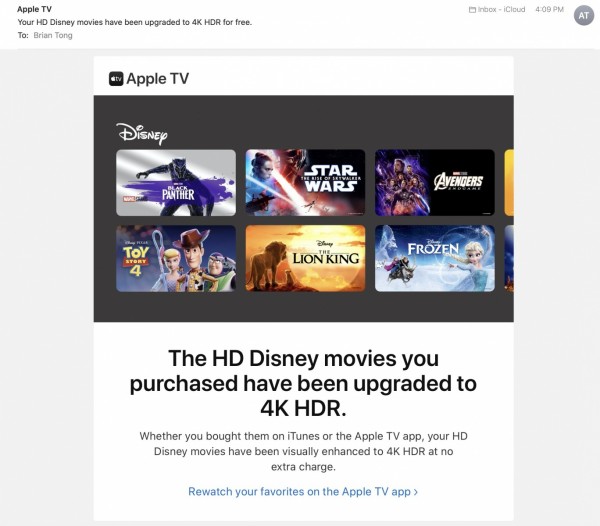 Meanwhile, Marvel and Disney titles have been showing in 4K versions on Apple TV via Disney+ and Vudu since 2018. However, on October 5, iTunes Store also shows Disney movies in 4K as well. The upgrade to 4K is also retroactive to Disney films previously purchased in HD as long as the 4K version is available since not all Disney titled have already been upgraded to 4K.

Read also: How to Stop Anyone From AirPlaying to Your Apple TV?

How to check if the Disney title is already in 4K

Since not all titles are already upgraded to 4K HDR, it is best to check first the iTunes Store. To check if a Disney movie is already in 4K, just go to the iTunes Store app on the Apple TV or iOS device and look for the Disney title using the search function. On the movie's landing page, look for the labels that it is available in 4K resolution, HDR, Dolby Vision, and other indicators of a higher dynamic color range.

Which Disney titles in iTunes are currently in 4K?

As of October 5, various Disney films are produced in 4K on the iTunes Store in the United States and Canada. The Verge listed 253 titles in iTunes that are available in 4K: