Apple has announced the newest iPhone 12 to be available soon in the market, exactly set on Oct. 23 with pre-orders coming on Friday, Oct. 16. Now, a new Apple device is rumored to be released on the same date. It's the latest model of iPad Air 4 (2020). Here are the things you should about this device. 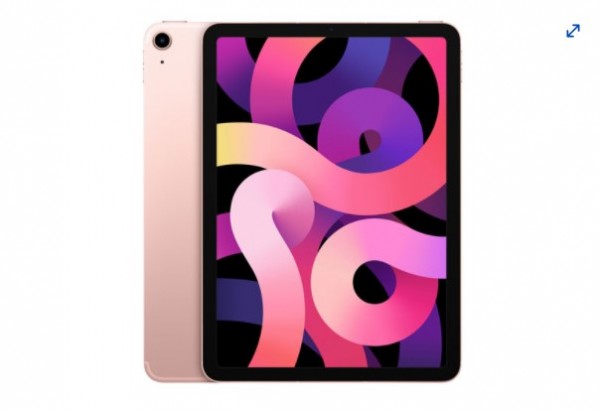 MacRumors first reported this information, however, the website clarified that the post cannot be used as a basis for iPad Air 4's official release date.

Still, it's better to know where Apple might be heading for the release of the new iPad model.

Here's the screenshot we took from the Best Buy Canada page itself: 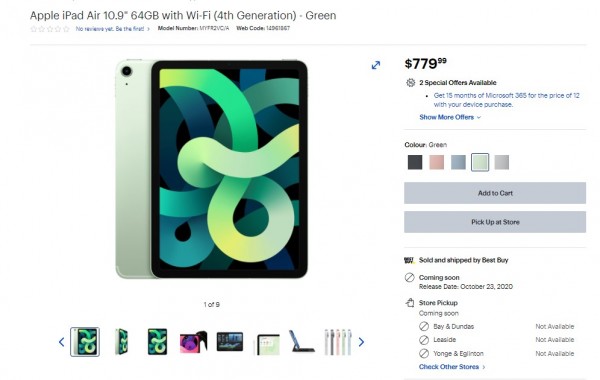 Based on the Best Buy page, the unofficial release date of iPad Air 4 is on Oct. 23, highlighted with the words "Coming Soon."

So, is this accurate? 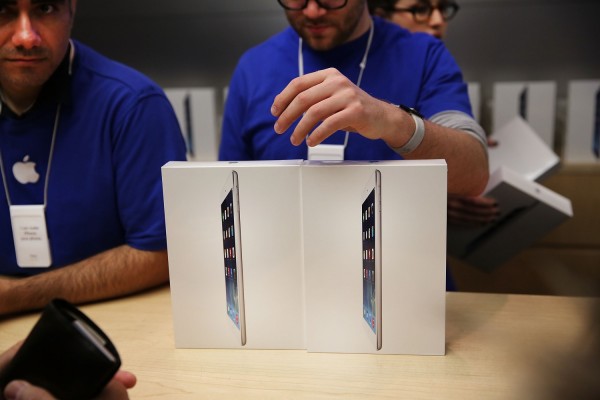 (Photo : Photo by Spencer Platt/Getty Images)
Apple employees sell the new iPad Air at the Apple Store on November 1, 2013 in New York City. The new iPad, which will also come in a mini version and is the fifth generation of the popular tablet, is 20% thinner and 28% lighter than the current fourth-generation iPad. It has the same 9.7-inch screen as previous iPads and uses the same A7 processing chip that's in the iPhone 5S. The iPad Air, which went on sale today, will start at $499 for a 16GB Wi-Fi-only model and go up to $629 for a 16GB with 4G LTE connectivity.

So far, no one knows if the page shows an accurate piece of information, but it looks like only Best Buy Canada has this specific type of listing on their store.

Aside that, famous Apple leaker Jon Prosser posted the same dates on his Twitter page.

aand there it is. Best Buy Canada has the iPad Air listed, along with the launch date Check out that date... https://t.co/J2OMVfTO4J pic.twitter.com/DJ1LXuu8LV — Jon Prosser (@jon_prosser) October 15, 2020

If October 23 is indeed accurate, pre-orders for the iPad Air 4 would likely fall on the upcoming Friday, Oct. 16. And it would also fall on the same date that iPhone 12 will be released on the public.

To give you quick background on what you might get from the latest iPad Air 4 (2020), here's the overview page of the product on Best Buy Canada.

"The iPad Air does more than a computer in simpler, more magical ways. Featuring the advanced A14 Bionic chip and a stunning 10.9" Liquid Retina display, and now with more features and capabilities, it's more versatile than ever," says the caption.