Apple MagSafe charger can give the iPhone 12 50% boost within an hour, 30 minutes faster than a traditional charger, but two times than a 20W USB-C Charger.

This was according to a video review of the iPhone 12 and iPhone 12 Pro done by Wall Street Journal's Joanna Stern. As reported by Mac Rumors, compared to traditional 7.5W Qi charger, MagSafe charge 30 minutes faster than the former which takes 1.5 hours to give the iPhone 12 50% of battery charge. However, Magsafe's charging time is twice that of the 20W USB-C Charger, which only took 28 minutes to do the same.

However, the result is not surprising. Of course, the power capabilities of the three chargers are different: the USB-C charger has 20W, MagSafe with 15W while the Qi charger only has 7.5W. So, MagSafe expected to charge the faster than the Qi charger, but it cannot beat the USB-C Charger.

Meanwhile, a review also noted that since iPhone 12 has no included charger, it would cost $58 to get the MagSafe and 20W power adapter while the charger cable did not even reach a yard in length.

MagSafe can be used on an older iPhone using the built-in Qi wireless charging technology. This means all models from iPhone 8 and later can be wirelessly charged with MagSafe.

However, since the earlier models do not have internal magnets, only the iPhone 12 series (and future models) can range support the direct link that the MagSafe wireless charger requires. MagSafe will only work as a wireless charger, but with no magnets to hold it in place.

During the Apple Event 2020, the MagSafe charger was touted to work on the Qi interface at 15W speed. While it was thought to be exclusive on iPhones and other Apple devices, freelance writer Max Weinbach shared in Twitter that he was actually able to charge his Samsung Galaxy Z Fold 2 on the MagSafe. 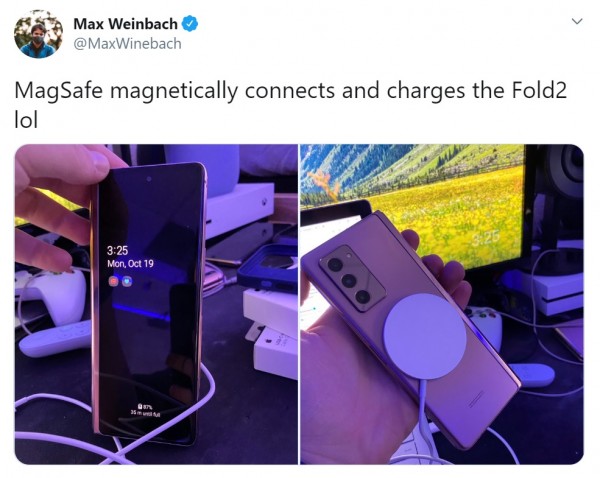 Well, this is because Samsung's Fold2 has magnets called Magnetic Secure Transmission (MST), which is intended for Samsung Pay. It creates a magnetic signal, which is the same as that in traditional payment terminal where the card is swiped.

Weinbach also said that the MagSafe charger was able to attach to the Galaxy Z Fold2, although it snaps out when forcefully shaken. However, he did not give details on how fast it charges, but it is probably at 7.5W since only iPhone 12 was reported to reach 15W charging speeds on the MagSafe.

Meanwhile, YouTuber Aaron Zollo or zollotech tested the MagSafe charger on the new Google Pixel 5 in a recent video where he unboxed the MagSafe. The charger connected well with the Android phone, which has a circular opening in the phone's aluminum casing as designed specifically for wireless charging. 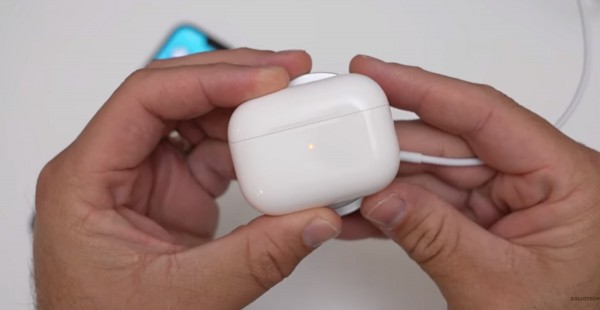 Meanwhile, Zollotech also tried out the MagSafe with older iPhone models like the iPhone 11 Pro Max and even on AirPods, which all work well with the charging, but snaps easily when shaken.

Related article: How to Switch Your AirPods Back to Your iPhone and Stop It from Connecting Automatically to Other Devices