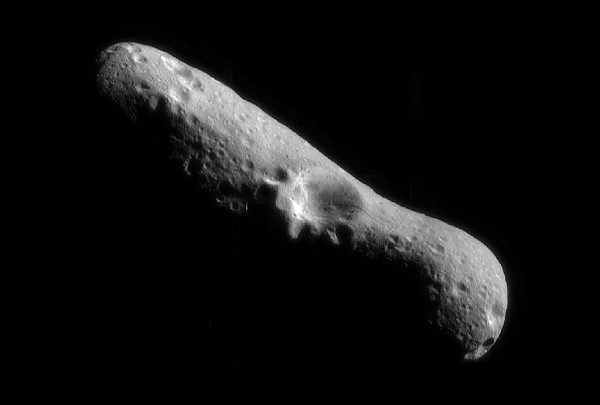 "16 Psyche," is one of the most massive objects, found in the main asteroid belt orbiting between Mars and Jupiter. Over the years, scientists have been studying the space rock- its characteristics, built, and where to find it.

So far, Southwest Research Institute planetary scientist Dr. Tracy Becker offers several new information about it. Based on her research, unlike most asteroids, 16 Psyche has a size of about 140 miles or 226 kilometers-wide with a reportedly metallic structure.

It is dense and metallic that experts figured it could be a leftover core of a planet that failed to finished its formation, scientifically called "protoplanet."

"We've seen meteorites that are mostly metal, but Psyche could be unique in that it might be an asteroid that is totally made of iron and nickel," Becker said.

"Earth has a metal core, a mantle and crust. It's possible that as a Psyche protoplanet was forming, it was struck by another object in our solar system and lost its mantle and crust," she added.

The material of the asteroid is not the only thing that's unique. In fact, 16 Psyche was even called the 'most expensive asteroid' in the solar system, due to its built of pure nickel and iron.

Forbes reported all the metals found in the asteroid could be worth $10,000 quadrillion in total, or more than the worth of world's economy altogether, which was about $140 trilllion in 2019.

Related Article: NASA Scientist: Asteroid 2020 SO Is Actually an Old Rocket Remnant That Failed to Land on the Moon 54 Years Ago 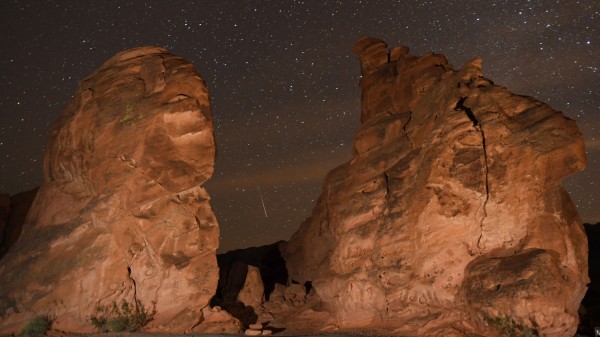 (Photo : Photo by Ethan Miller/Getty Images)
A Geminid meteor streaks between peaks of the Seven Sisters rock formation early on December 14, 2018 in the Valley of Fire State Park in Nevada. The meteor display, known as the Geminid meteor shower because it appears to radiate from the constellation Gemini, is thought to be the result of debris cast off from an asteroid-like object called 3200 Phaethon. The shower is visible every December.

No one still knows accurate details about the mysterious "16 Psyche"asteroid. To find out more about it, the National Aeronautics and Space Administration (NASA) plans to visit the asteroid for a closer-look.

In partnership with SpaceX company, the space agency is set to launch a rocket in August 2022, which will arrive at Psyche in January 2026 to begin at least 21 months in orbit mapping and studying the asteroid's properties.