Is a Mac with 'Apple Silicon' Coming in November? Odd 'B2002' Listing under 'Personal Computer' Suggests So!

Apple may have revealed a new product in its listing on a Bluetooth Launch Studio in the guise of "B2002" under the "Personal Computer" product category. The new listing highly suggests the release of new Macs that will sport the new "Apple Silicon" processor chips, replacing the current Intel-powered computers that have been long used. 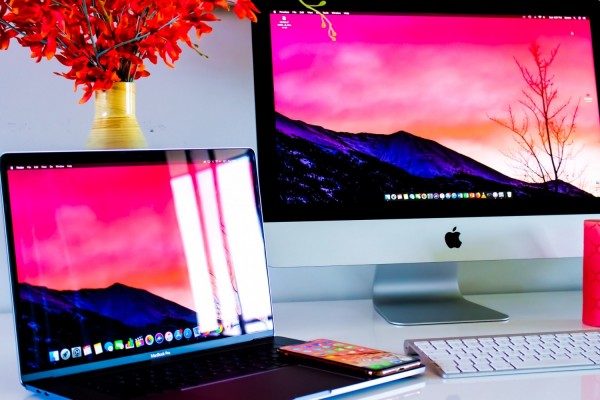 The world's most valuable multinational tech company Apple sure knows how to keep another release or secret "under wraps"; however, the company is kept under close surveillance for new updates, releases, and innovations by trusted leakers and news agencies.

According to Mac Rumors, a health and fitness technology website called MyHealthyApple initially discovered the listing that is currently under the Bluetooth Launch Studio website. The new product sports a "placeholder" name called the "B2002" and is under the "Personal Computer" product category. 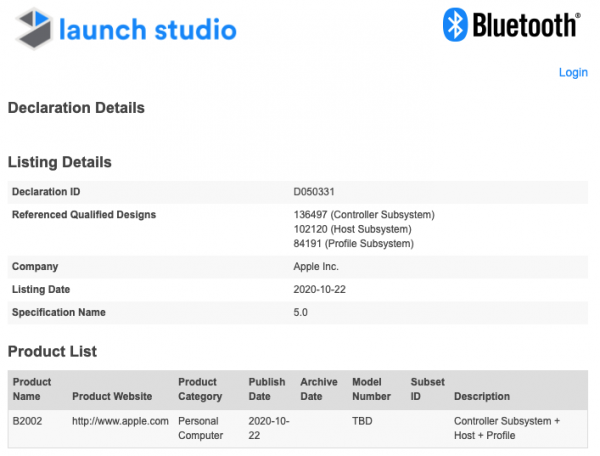 The Bluetooth File Studio's website clearly says that Apple, Inc., who posted the listing with a "TBD" or to be discussed tag for its model number. The new product's Referenced Qualified Design includes Controller Subsystem, Host Subsystem, and a Profile Subsystem, all of which fall under a computer's setup.

Apple uses the "personal computer" category for the iPad and Mac's listing on the launch website. Mac Rumors speculates that this may be a new listing for existing Apple products such as the new iPad Air 2020 or 8th generation classic iPad.

However, this may also be a new listing for the new Mac that will sport the "Apple Silicon" teased by the Cupertino giant earlier this year. The technology company suggests that the new Macs with the ARM-based Apple Silicons would come out in the last quarter of 2020 or Q1 of 2021. 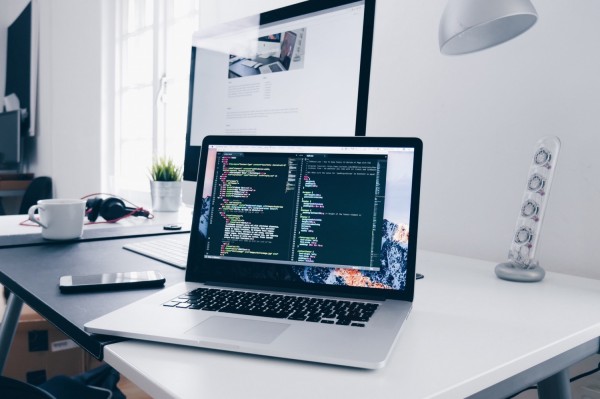 According to Apple's June Press Release earlier this year, the personal computers in the company's line-up, popularly known as Mac, will soon transition to new processors that would replace current Intel chips. Apple Silicon would debut with the new Macbooks or iMacs later this year, particularly during its last quarter, the calendar's current period.

The tech company says this will be a "two-year" transition that would begin at this year's end. Apple promises to make the transition to silicon available for all its computers for a common architecture; so that developers would have no trouble creating new software.

The "world-class" Apple Silicon would deliver "industry-leading performance and powerful new technologies" for new Macs that would soon be released by the companies. On its press release, Apple was firm that they would be beginning the transition this year, highly suggesting that the switch would see its release now.

The Apple Silicon would be accompanied by the new macOS Big Sur that would power the personal computer's new releases. This is the "next major release" from the Cupertino giant after its Catalina operating system that runs current Macs since October 2019.