Astronomers are researching on the origin of the fast radio burst (FRB) they have detected from our own galaxy for the first time, which is believed to the closer than any other FRB detected in the past.

These radio bursts can be more powerful than the sun by 100 million times, although they only last for a fraction of a second but. However, the source of these energies is still a mystery. 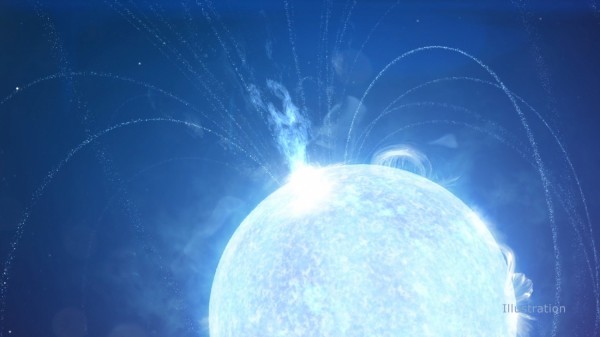 (Photo : NASA's Goddard Space Flight Center/Chris Smith (USRA))
A powerful X-ray burst erupts from a magnetar - a supermagnetized version of a stellar remnant known as a neutron star - in this illustration. A radio burst detected April 28 occurred during a flare-up like this on a magnetar called SGR 1935.

Massachusetts Institute of Technology (MIT) scientists who found the new FRBs speculate the blasts seem to have originated from a star, which had having very powerful magnetic field, called the magnetar. However, they cannot confirm the source of more distant FRBs, particularly those discovered from outside of the Milky Way.

MIT assistant professor of physics Kiyoshi Masui led the team's FRB analysis said the great mystery as to what produces these outbursts of energy, which they are seeing from halfway across the universe. "This is the first time we've been able to tie one of these exotic fast radio bursts to a single astrophysical object," Masui said. 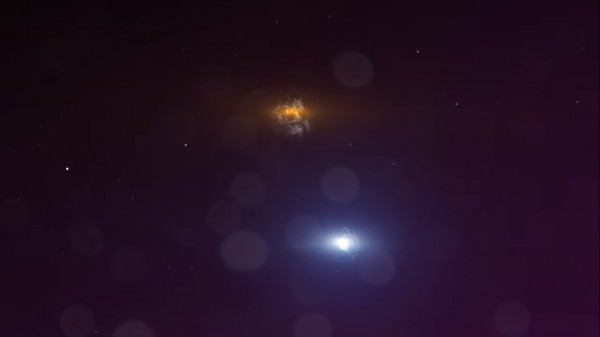 The research was discussed in three studies published in the journal Nature on October 4, which relied on information provided by telescopes from around the world, in cooperation with an international team of scientists who analyzed observations from various equipment in the US, China, Canada, and the space.

Scientists had trouble tracing the source of these powerful blasts because they are erratic, brief, and may have originated from far in the universe. However, they believe FRBs were formed in most extreme conditions in the universe, which may include death of stars.

Read also: This LONELY Planet Has No Star, Days, Nights, and Emits No Radiation; Scientists Say It Is the Smallest One Ever!

The First Fast Radio Burst Discovery Within the Milky Way

On April 27, using two space telescopes, researchers picked up multiple gamma-ray and X-ray emissions from a magnetar across the Milky Way. The following day, they used two North American telescopes to observe the sky, they detected the blast known as FRB 200428.

This FRB is special as it is the first blast from the Milky Way, first to send other emissions aside from radio waves as well as the first one to have been linked with a magnetar.According to NASA,  a magnetar is an isolated neutron star, which is the crushed remains of a star that is more massive than the Sun.

In 2007, scientists first discovered FRBs, which immediately triggered different theories on the source cause of such intense energy blasts. Among the speculations, magnetars was the most possible candidate as studies suggest their magnetic fields could drive powerful blasts.

To test their theory that, astronomers tried to place the FRBs' origin within small parts of the sky, which would allow them to link the blasts with known space objects and astronomical phenomena. It was the first time such study was initiated, which provided evidence linking the FRBs with magnetars that could provide a valuable clue to the origin of at least some of those FRBs.

McGill University senior PhD student Pragya Chawla who co-authored the study said it would hard to distinguish the FRB from a different galaxy from other radio energy bursts. "This really gives weight to the theory suggesting that magnetars could be behind at least some FRBs," Chawla said.

However, even if the FRB has ben proven to originate from a magnetar, other mysteries would still remain, which require further studies from astronomers.