GoFundMe Removes More Than $200,000 Fundraiser To Investigate Against Election Fraud

GoFundMe takes down one of its biggest campaigns up on its website and systems to investigate Election and Voter Fraud, following a string of conspiracy theories circulating online. The fundraiser company relentlessly removed the more than $200,000 campaign on the website that it believes to be grounded on misinformation and crazy theories. 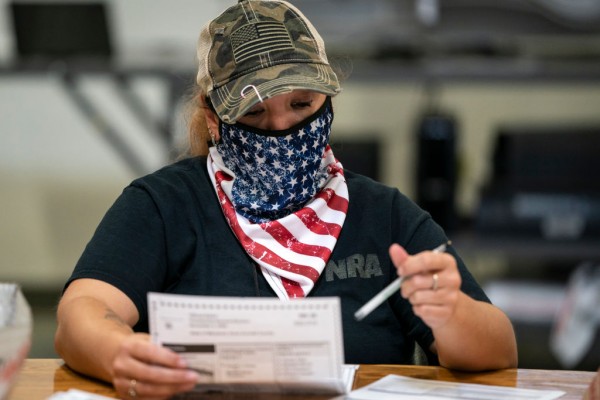 (Photo : (Photo by Drew Angerer/Getty Images))
GLEN BURNIE, MD - OCTOBER 07: A canvasser processes mail-in ballots in a warehouse at the Anne Arundel County Board of Elections headquarters on October 7, 2020 in Glen Burnie, Maryland. The ballot canvas for mail-in and absentee ballots began on October 1st in Maryland, the earliest in the country. Every ballot goes through a five step process before being sliced open and tabulated.

The US November elections have recently concluded, and the nation's votes were tallied into the system, with Democratic Joe Biden leading the polls and securing the race to 270. Several concerned citizens went to GoFundMe, a famous global fundraising company, to gather money to hire investigators about the election results.

A part of the American community believes that there were cheating or rigging on the 2020 US Presidential Elections, all based on pure conspiracy theories. The country's electoral organization investigating the matter and upholds its systems' integrity has no reported case of cheating or manipulation behind the election.

Now, the community that believes that the election was rigged is taking into their own hands to investigate the matter and uses GoFundMe as a medium to gather funds and a collective of Americans to join the cause. However, the famous fundraising company pulled the rug underneath and removed the listing with more than $200,000 collected.

GoFundMe is among the companies that removed a massive circulation of Election-related conspiracy theories and speculations regarding unfair voting in the country in the past. Among the companies were social media giants Facebook and Twitter that cracked down on misinformation spread by netizens.

GoFundMe Takes Down a Whopping $200,000 Fundraiser 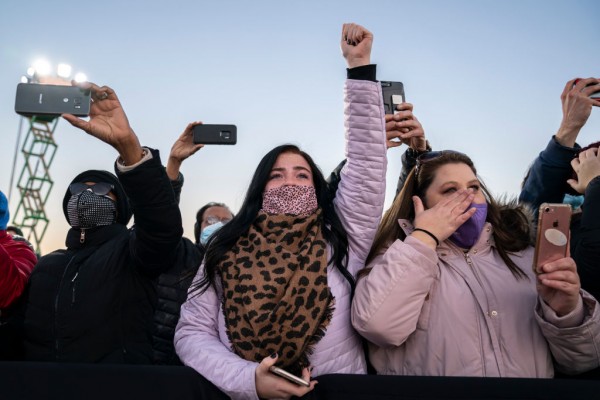 According to Gizmodo, Mashable initially reported that GoFundMe removed the fundraiser regarding the investigation of the massive "voter fraud" that happened during the 2020 US Presidential Elections. The fundraising company believes that these are all based on conspiracy theories and have no definite proof.

Last Thursday, concerned US citizens launched fundraising to investigate the country's election results and "voter fraud" that some believe to be present in the recently concluded November elections. The listing happened during the height of the vote tallies in the country.

Users wanted to investigate several states, including Arizona, Georgia, Michigan, and Pennsylvania, who are conspired to "experience" fraudulent activities. These are all based on speculations and have no definite proof behind it.

Even so, the user set-up a fundraiser with a goal of $250,000 with an indefinite timeline to complete the money. The massive funds will be used to hire private investigators to look into the matter. The fundraiser reached a whopping $219,305 within several hours from 3,700 donors that contributed.

GoFundMe is known to allow almost any listing on its website, from the most bizarre funding down to the most outrageous type of request in the platform. People must state their intentions and the need for the financing, and the monetary goal asked from other users shared on social media and the website.

GoFundMe immediately removed the fundraising listing on the websites a day after it was posted last week. The company believes that there were no fraudulent activities during the elections and are all based on fake news and conspiracy created by a collective of people.

Related Article: Here's How Voting Machines Work - Are They Safe From Cyberattacks?