Apple will have another special event on November 10 as announced on November 2. With the new iPhone, iPad, and Apple Watch revealed in previous events, Apple only has the Mac, Big Sur, and its switch to Apple Silicon left to talk about the event. Also, since the event is titled "One More Thing," the tech giant may have something else to surprise us.

Apple promises the event will be interesting as the third huge product event this fall and with the ongoing coronavirus pandemic, it will still be held online. It can be streamed from Apple Event website or through Apple's YouTube channel. 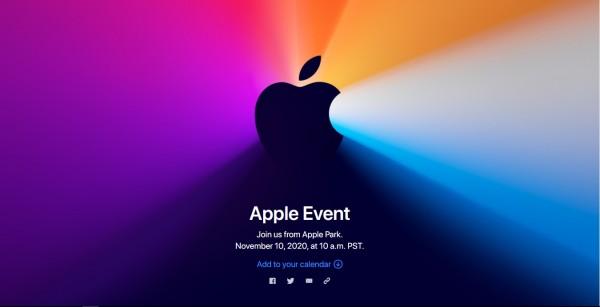 (Photo : Apple)
Apple Event November 2020: What to expect from ‘One More Thing’ event

Apple Event November 2020: What to expect

The upcoming Apple event comes after two huge new product unveiling events for the latest iPads, Apple Watches, and the Apple One subscription service in September and the iPhone 12 series and HomePod Mini smart speaker in October. For November, there are still speculations that Apple will roll out new products for this event.

It is easy to guess that Apple could have something else to surprise the public with an event named "One More Thing." It could mean AR glasses or other new ideas or products that the company is currently developing. However, as ZDNet noted, it is highly possible that Mac will be the focus of the new event. Here are some speculations of what we could expect from the event.

Earlier this year, Apple revealed that it will be switching to its own ARM processors, which is now being used in iPad and iPhone from its current Intel-powered computers. The new processors will be called the Apple Silicon.

In a blog article posted on June 22, the tech giant urged developers to begin building apps for the new Apple Silicon-powered Mac computers that will arrive by the end of 2020. It will be part of a two-year transition as the company will completely use Apple Silicon on its entire product lineup by 2022. Thus, it is highly possible that Apple Silicon processor is included on the "One More Thing" event. 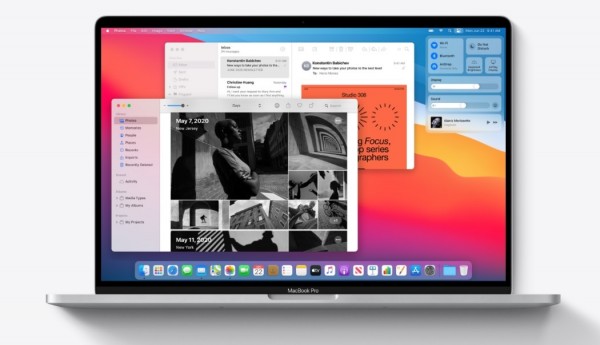 The MacOS Big Sur has been in beta since June. The new operating system will have the biggest update after over a decade, including technologies to ensure a seamless transition from Intel to Apple silicon.

Apple already released MacOS 11.0.1, a release candidate build that indicates the OS is already ready for release. The Apple event will be the perfect timing for the unveiling of MacOS' new look, which is rumored to be like the iOS.

While it still still unknown which of the new Mac models with the Apple Silicon will be released, there are speculations that it will include all updated MacBook Pro. There are also rumors that the 13-inch MacBook Air, 13-inch and 16-inch MacBook Pro, 12-inch MacBook, and 24-inch iMac will also get Apple's new chips.

It is possible that Apple will be launching its small, wireless trackers on the event. The AirTags can be attached to random items for easy tracking.

Instead of having a wireless earbuds, AirPods Studio will have the over-the-ear headphones. It has long been delayed, but perhaps the November 10 event will be the perfect timing for its release despite rumors saying the premium headphones will be released in 2021.

Related article: 'One More Thing' Apple Event on November 10: Is the MacBook with Apple Silicon Coming?

ⓒ 2021 TECHTIMES.com All rights reserved. Do not reproduce without permission.
Tags: One More Thing what to expect iPhone 12 what to expect Apple Event
Most Popular