Zoom Video Communications is lying to the public and its clients about its end-to-end encryption security in every video conference call for four years now, since 2016. The Federal Trade Commission (FTC) files a lawsuit which Zoom agreed to settle in; however, it would not pay affected users, small businesses, and clients that relied on the security. 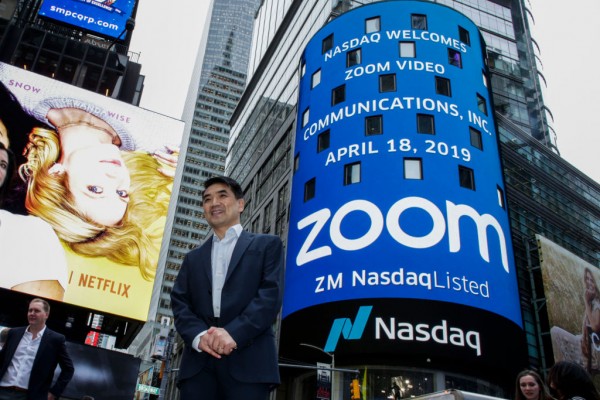 (Photo : (Photo by Kena Betancur/Getty Images))
NEW YORK, NY - APRIL 18: Zoom founder Eric Yuan poses in front of the Nasdaq building as the screen shows the logo of the video-conferencing software company Zoom after the opening bell ceremony on April 18, 2019 in New York City. The video-conferencing software company announced it's IPO priced at $36 per share, at an estimated value of $9.2 billion.

The American communications company based in San Jose, Zoom, would not pay a settlement to all affected users and clients which relied on the end-to-end encryption for security that is not true since 2016. The misleading and harmful tactics by Zoom were discovered by the FTC and is now facing a lawsuit.

The company's misleading documents, notices, and promotions all reveal that Zoom claims to have its video encrypted by end-to-end with 256-bit level. However, the company's claims were proven to be lies and false, actually providing a lower level of security that may potentially harm users.

According to FTC, the previous and current security measures of the company contains cryptographic keys that can be accessed by Zoom's systems; hence the ability to gather the content from its users, meetings, and other information. The company's end-to-end encryption is lower than the level it claims and promises users when downloading the application.

The settlement now led Zoom to claim that it would change its systems and upgrade its security, as part of FTC's established requirement against the company. The company's user base increased from 10 million since December 2019 to a massive 300 million in April 2020 because of the COVID-19 pandemic.

Zoom Would Not Settle and Compensate Users Affected by the Lies 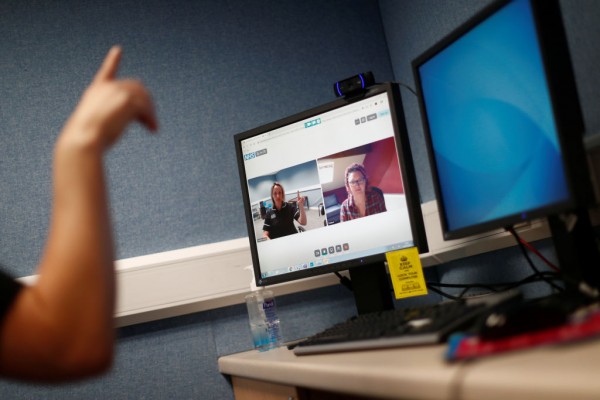 (Photo : (Photo by Hannah McKay - Pool/Getty Images))
BLACKBURN, ENGLAND - MAY 14: Speech and Language Therapist Alison McLoughlin conducts a therapy session with a patient using the Zoom app in the Ear, Nose and Throat department at The Royal Blackburn Teaching Hospital in East Lancashire, during the current coronavirus disease (COVID-19) epidemic, on May 14, 2020 in Blackburn, England.

The lies are hurtful and deceitful against users that relied on the services by the video communications company, especially during this time of the pandemic. Zoom is guilty of its crimes, as discovered by the FTC, which the company now agrees to a settlement.

The initial requirements of FTC's lawsuit settlement reveal that the company would now establish its systems to the security promises of the past. Zoom's guarantee of a 256-bit level end-to-end encryption would soon come as part of the agreement which the company would roll-out.

However, the settlement by the FTC reveals that there would be no compensation for the affected users and its clients which were misled by the company's lies. FTC's internal commissions are now debating whether the settlement would change, making Zoom compensate said, users.

FTC Democratic Commissioner Rohit Chopra says that the "Commission must change course," primarily in the consequences Zoom is and will face on the lawsuit's direction. The commissioner claims that Zoom is already "synonymous" to video conference as a brand, making it more liable to its customers and users. 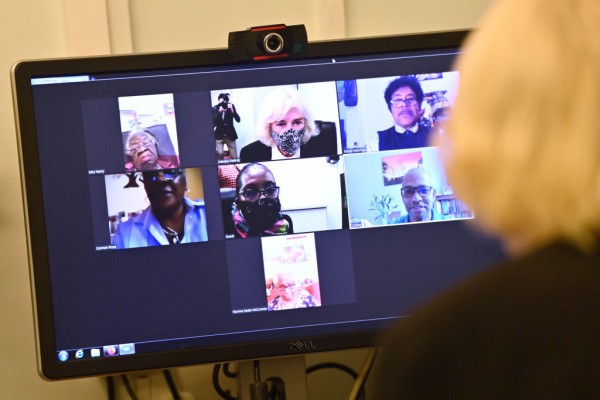 (Photo : (Photo by Justin Tallis -WPA Pool/Getty Images))
LONDON, ENGLAND - OCTOBER 21: Camilla, Duchess of Cornwall wearing a face mask participates in a zoom call with members of the Pepper Pot Centre, a charity set up to support African and Caribbean older people in west London on October 21, 2020 in London, England.

The FTC still deliberates the case and Zoom is currently required to deliver its end-to-end 256-bit guarantee of security for its users.