The newly released "Genshin Impact" 1.1 update introduced new characters. The miHoYo rolled out the update on November 10 and the new patch shows new characters, quests, weapons, events, systems as well as lots of bug fixes. Here are some important details about these new characters.

Childe Tartaglia is The Harbingers' number 11. His name is highly feared on the battlefield with a Hydro vision while he uses bow in battles.

His Foul Legacy: Raging Tide elemental skill releases weaponry set made of water, which deals Hydro DMG to surrounding enemies. Meanwhile, his elemental burst changes between Flash of Havoc and Light of Obliteration depending on his current stance. 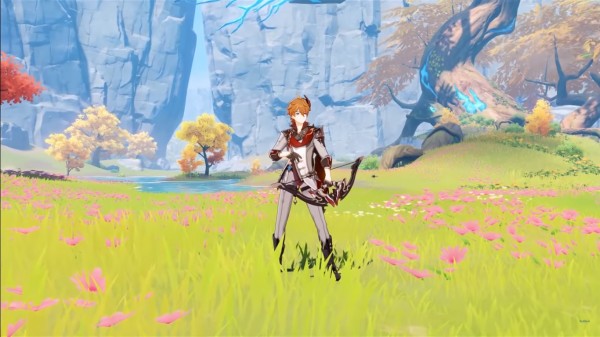 Vago Mundo Zhongli is invited by Wangsheng Funeral Parlor. This mysterious guest knows about all things and his Dominus Lapidis elemental skill can order the omnipresent Earth power to form a Stone Stele to deal AoE Geo DMG.

Zhongli's vision is geo while he uses Polearm as weapon. His elemental burst, called Planet Befall carries a giant crashing meteor, which can deal massive Geo DMG to enemies and petrify them.

Kätzlein Cocktail Diona has cryo vision. this a young lady inherited some traces of non-human blood and is a highly popular Cat's Tail tavern bartender.

Her weapon is bow while her Elemental Skill is Icy Paws, which deals Cryo DMG to creates a shield on hit. Meanwhile, her Signature Mix elemental burst throws out special cold brew and creates a Drunken Mist. It deals with Cryo DMG to enemies and regenerates the HP of characters in the AoE.

With a pyro vision and Claymore weapon, Blazing Riff Xinyan uses her music to rebel against prejudices. She is the only rock 'n' roll musician of Liyue.

Tartaglia and Diona are already available while Zhongli and Xinyan will only arrive in a coming event wish. After the Version 1.1 update until 15:59:59 on December 1, 5-star Hydro character Tartaglia and 4-star characters Eclipsing Star Ningguang, Kätzlein Cocktail Diona, and Uncrowned Lord of Ocean Beidou will increase their Wish drop-rates.

At the same time, there will be a character test run event, Farewell of Snezhnaya, until December 1 when travelers can include trial characters on fixed team to complete various challenges, so they can receive rewards.

According to Siliconera, Tartaglia is a Master of Weaponry Expedition. His Cutting Torrent normal attack is one level higher than others involving a six-hit combo using his ranged-archer, which can be charged for a single shot with a reticle for better aiming as well as a shot with the Riptide effect and Hydro elemental energy. 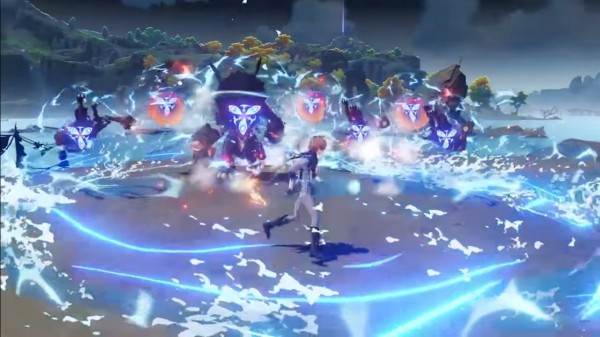 When using Tartaglia's Foul Legacy: Raging Tide Elemental Skill, from a ranged attacker, he will switch to a melee with two daggers while you still get a six-combo attack with the Riptide effect, a charged attack, and Hydro damage. Then,you can return to ranged character after pressing the trigger again or switching to another character with a 20-second cooldown period.

This also occurs on his Elemental Burst which also gets different effects depending if Tartaglia is in a melee or ranged persona.

Related article: 'Genshin Impact' Update 1.1 Is Coming and So Are New Characters- Here's How to Get Primogems