During a big interview with "The Street," AMD Vice President Eric Bergman briefly talked about the company's newest set of Radeon graphics cards, specifically the Radeon RX 6000, which is based on the RDNA 2 architecture or the Navi 2X as some call it.

The company's senior manager also shared his thoughts on Radeon's graphics accelerators' future and its imminent transition to the RDNA 3 architecture. 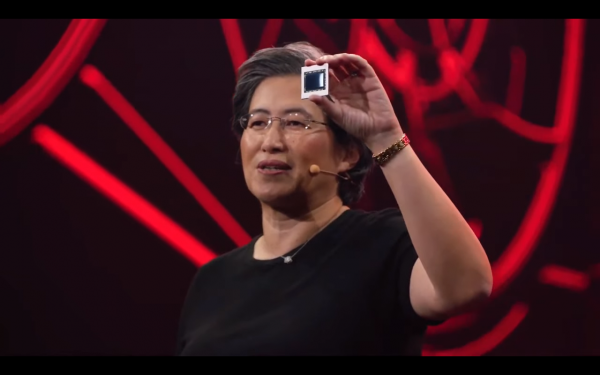 According to Videocardz, Bergman said that the company is aiming for a high-level of ray tracing performance but did not disclose too much information about it.

"Our goal was to deliver high levels of ray tracing performance in games at 1440p. This was what we focused on," the AMD exec said. "Now everything depends on the specific game, the system on which it is running, and many other factors. But I think users will be able to have a very pleasant ray tracing experience overall [with our graphics cards]."

Furthermore, Bergman said that they expect "strong support" for the tech from game developers and that it will continue until 2021, and if the support for ray tracing is prominent in the next-gen consoles from Microsoft and Sony, the tech will also be on PC.

Read More: Apple M1 Chip Vs Intel: Next-Gen Macs Will be Way Better but With One BIG Disadvantage!

What Exactly is Ray Tracing?

Ray tracing, as per TechRadar, is an advanced and realistic way of rendering shadows and lights in a scene and is common in films with CG work, allowing the visual effects to blend with the real elements in a scene.

However, ray tracing requires a lot of power to render, so the tech has only been tried in actual games in the last year.

As of now, there isn't much detail about the GPU's real ray tracing prowess, but as soon as the cards hit the market, we'll be seeing more reviews by tech journalists, so the general public will have more idea on whether the graphics cards are worth investing in.

Although Bergman did cover the potential of the RX 6000 when it comes to ray tracing, it's still uncertain whether the feat is possible for all the new Radeon graphics cards or if it will only be available for their flagship product, the Radeon RX 6900 XT model.

For those waiting for these powerful Radeon GPUs, the first two cards, RX 6800 and the RX 6800 XT, will be rolling out on November 18, while the RX 6900 or the Big Navi Card is coming on December 8, as noted by PCGamer.

Both desktops and laptops should benefit from it, especially the latter, given that it could significantly increase the graphics performance of the device without requiring a new cooling system.

Bergman did not say when the new RDNA 3 cards will be made available, but it will likely appear sometime in 2022.