"Call of Duty: Black Ops Cold War" servers are live on the PC, PS4, Xbox One, PS5 and Xbox Series X|S now. You should be able to jump into a match right now except for server problems, as per Forbes.

Here is the launch trailer of the game:

Here's what you need to know about "Call of Duty: Cold War Black Ops" at launch, including helpful details such as file-size, how to preload, how to incorporate the game into the Warzone free-to-play battle royale game, and whether it's worth your time and money to start with. 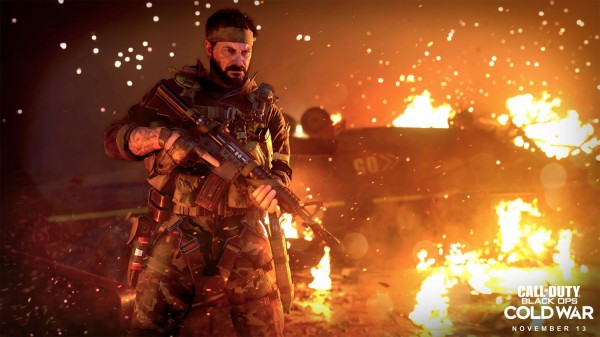 On just about anything that is not Nintendo Switch, Apple or Google Stadia, "Call of Duty: Black Ops Cold War" will be available. It's kind of a shame that it doesn't really come to those platforms, but the good news is that on PC (Battle.net), PS4, PS5, Xbox One and Xbox Series X|S, you can play.

Get ready and say goodbye to your storage room. If you've just purchased an Xbox Series X or PS5, the "Call of Duty: Black Ops Cold War" file size is too depressing. There are impressively fast SSD drives on these next-gen consoles, but they're thin.

You'll get a complete 1TB of space on the Series X, but the PS5 clocks in under 700GB once you account for the operating system. Meanwhile, the Xbox Series S only has 500GB. On each platform, here's the file size:

"Call of Duty: Black Ops Cold War" for PlayStation 5 will get some exclusive content as well, according to Forbes. It's not as bad as it used to be, but it's still bothersome. The big Sony-only thing is Zombies Onslaught mode this time around. This is a mode based on survival and plays out on standard multiplayer maps. You can play with another player using your own custom settings.

Note: In "Call of Duty: Cold War Black Ops", this post includes spoilers for solving the side mission puzzles. If you would like to discover them on your own, stop reading now!

As per Gamespot, Operation Chaos and Red Circus have specific limitations that go with them. These are about pulling out Perseus agents around the world, but when you first activate the missions, you don't know the full scope of those agents' contacts.

You can complete each task without solving these puzzles. But doing so completes challenges and helps to dismantle the network of spies Perseus has built.

There are three proof pick-ups you'll need to solve the puzzle to decrypt the Operation Chaos computer disk for "Call of Duty: Cold War Black Ops". Here's a summary of the missions they're on.

When you have them, you can work out how you should decrypt the disk. You will be asked for two inputs when you attempt the decryption: a code word and a code number.

The Encoded Message to Qasim is your first piece of evidence. Several numbers can appear in sequence when you study it some red and some blue. You need to find out the numbers in the series that are missing. To do so, you should find out how much each number changes are there in the red series, and how much each number changes in the blue sequence. The red numbers have a different pattern from the blue numbers, so you can determine the two missing numbers until you find each one out.

Now, take the missing numbers and compare them to the Number Station Broadcast, which should generate a four-digit code. You should notice that the name of the city matches with your new code. Input that on the decryption page as the first response.

First, look at the Coded Newspaper, which should show a number of red letters in the headline. Put together the red letters and you'll make a city name. To find the code that goes with that city name, check Number Station Broadcast and enter it on the second spot's disk decryption screen. That should unlock the decryption. From there, you will be able to solve the puzzle. Now it is clear to you that you will complete Operation Chaos once and for all.

You have several target agents in the Red Circus for "Call of Duty: Cold War Black Ops", and you have to identify three of them as moles. In other missions, there are three pieces of evidence you can find to help:

You will figure out who the three perpetrators are until you have all three pieces of evidence. Kraus's leader will send you travel dates and cities-match them to the agents' travel itineraries to narrow the field down. Anyone on the same date who was in those cities is a suspect.

First, listen to the audio recording, which identifies the three agents and lists their code names' actions. To assess the genders of the suspects, use this one. Knowing if the code names apply to male or female officers, along with the first set of travel dates, will help you narrow down the list further.

The Dead Drop List will allow you to solidify anyone that you are not yet sure of. It's close to the first list, giving you another set of dates and cities for your travels. Use it to make sure you've got the three suspects right. Mark them on the Proof Board and you can clearly complete the task of the Red Circus.

ⓒ 2021 TECHTIMES.com All rights reserved. Do not reproduce without permission.
Tags: Call of Duty Treyarch Activision
Most Popular