Woman Says 'League of Legends' and K/DA Star Seraphine is Based on Her, Riot Says Otherwise

Riot Games recently announced the new "League of Legends" champion and K/DA star Seraphine, but it was soon met with a little controversy as an artist with the username @step_nie on Twitter said that she feels that the character was based on her via a Twitter thread and a Medium post. 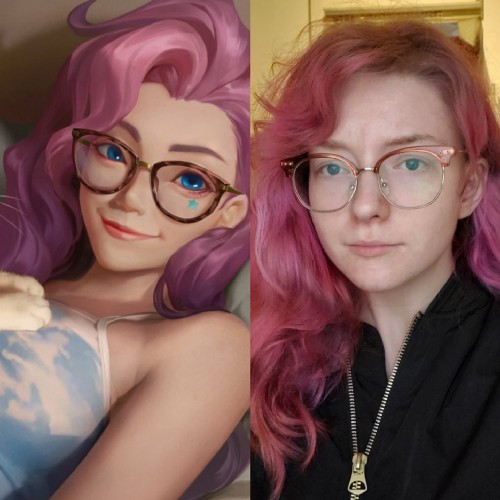 (Photo : Medium)
The artist claimed she might be the inspiration behind "League of Legend's" new character, Seraphine.

Artist Claimed 'League of Legends' Character was Based on Her

According to the artist, she suspects that the new "LoL" champion was based on her given the strong resemblance between Seraphine and her, especially with the eye and hair color, plus their names were also similar.

Furthermore, the artist said her cat, drawings, and selfies might have been used as the basis for the Starry-Eyed Songstress.

As per her Medium post, she had already anticipated people's reaction on her claims and that she actually feared of what people will say, but according to her, her claims are not without reason as she dated a Riot employee early 2019, which strengthened her suspicion.

In both her Twitter thread and Medium post, she shared what happened between her and "John," the name she gave to hide the man's true identity as well as some screenshots of the texts between her and John.

According to PCGamer, the two only dated for three months and only met twice.

They otherwise chatted and played "League of Legends" together, but during that short period, the woman said John allegedly brought up some ideas for an Ahri skin, which was her favorite "LoL" champion, and that it was based on her.

Moreover, John gave Riot illustrators her artwork depicting her as Ahri, and that John said he could influence the K/DA project.

All of this was "strange" for the girl, seeing as they have only dated briefly.

After she visited him in Los Angeles for a Riot tour, she cancelled all future plans and said that John was moving too fast, so John ended things with her and blocked her.

What's more, in 2019 when they were still together, John had promised the young woman that a K/DA surprise would be announced on her birthday, and on that day, Riot Games did announced the arrival of Seraphine and captioned that the character was "working" with K/DA.

Because of all this, the artist said she had hired a lawyer and is "seriously considering legal action" against the gaming company.

In 2019, I had a relationship with a Riot employee. He’d joke about making content based off me. We stopped talking after a few months, I had no hard feelings and largely forgot about things. [2/?] pic.twitter.com/OYK0OoxMDu — step (@step_nie) November 12, 2020

Sure enough, the artist's allegations went viral in a matter of hours and reached Riot.

According to Inven Global's Tim Rizzo, the company denies all allegations that the new "League of Legends" character was based on anyone, including the artist, and that the company independently created her.

"Additionally, the former employee Ms. ***** is referring to left Riot more than a year ago and was in a department and role that has no input whatsoever into the creative design process," Riot further stated.

The company also said they had investigated the claims made by the artist after receiving the complaint from her lawyer, but they confirmed her allegations lack merit and have reached out to her attorney to discuss the facts further.

Related Article: 'Genshin Impact': Here's How Much You Have to Spend for a Guaranteed 5-Star Tartaglia Pull