'Fortnite' Last Laugh Bundle: How to Get Joker's Skin, Price, Release Date, Pre Order and Everything to Know!

"Fortnite" is bringing back DC Comics to the game with a new Joker Skin as part of the Last Laugh Bundle right before Season 4 comes to an end and bids farewell to the Marvel crossover. Every gamer and comic-book fans' dream of seeing a "Marvel vs. DC" fight will now be possible and even controllable through "Fortnite." 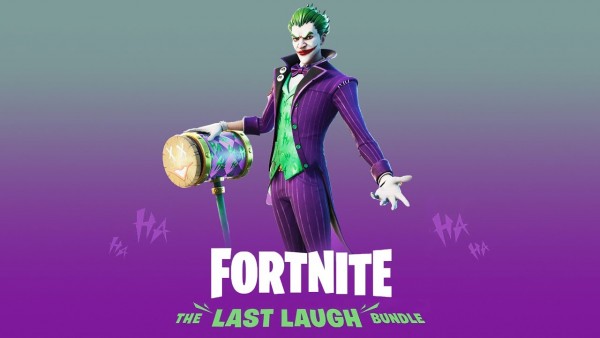 Epic Games' "Fortnite" is teasing that the Joker will soon come to shops and wreak havoc in different game modes with players able to use the Clown Prince of Crime's skin. The Last Laugh Bundle will soon come to the shops anytime this week, featuring one of the world's most famous villains of all time.

'Fortnite's Last Laugh Bundle: When Will Joker's Skin Come on the in-game shop?

The Last Laugh Bundle would be available on November 17 on "Fortnite's" in-game item shop, offering the popular clown villain for gamers to use and embody when playing the title. This availability is the first time DC will coincide with Marvel in "Fortnite's" platform, and other pop culture media.

According to Express UK, the skin bundle from DC would drop at exactly November 17 in the US, having a few hours to spare before its actual drop in the country's in-game stores. The game releases its skin updates, bundles, and offers on the in-game store right the midnight of its release date.

However, Express UK speculates that the release might come with the scheduled version 14.60 update of "Fortnite" that will soon release globally. The release would be available across all of "Fortnite's" gaming platforms including the PS4, PS5, Xbox One, Xbox Series X, Nintendo Switch, Android, and Windows PC.

'Fortnite's Last Laugh Bundle: Everything You Need to Know and What to Expect 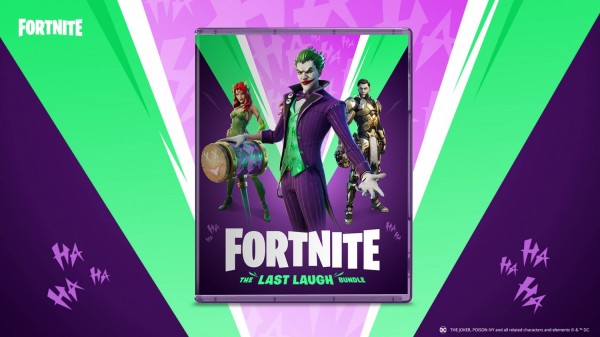 "Fortnite" would bring together several items to bundle with the Joker skin for players to fully maximize the bundle that would surely cost real-world money to purchase. The title's skin bundle also includes other items such as weapon skins and other rare inclusions to make it worth the price.

This bundle totals to a whopping 11 items for gamers to utilize and enjoy upon purchasing, along with a never-expiring V-Bucks that would be available to purchase other skins, items, accessories, and more in the shop.

According to Screen Rant, the skin's initial reveal was released last August 15, having a massive three months of waiting time before its actual release, which is only a few moments from now. The Joker's skin may have given way to the Marvel and "Fortnite" crossover, which initially debuted last August 27.

'Fortnite' Last Laugh Bundle: Price and How to Avail

The Last Laugh Bundle would be available in both physical and digital releases from retailers and Epic Games itself. Retailers including Amazon and Best Buy, are offering different codes for the PlayStation 4 and PlayStation 5. Windows and PC versions of the title will soon have its release.