'Martha is Dead': Psychological Horror Game Gets PS5 and PS4 Versions, Will You Dare to Play?

A new game has been announced for Sony's next-generation console, PlayStation 5, as well as its predecessor, PlayStation 4, in the form of the first-person psychological horror game "Martha is Dead." 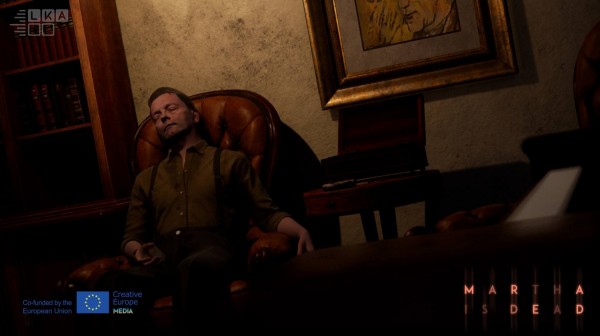 'Martha is Dead' Comes to Sony

In a report by Gematsu, "Martha is Dead" will also be launching on Microsoft's next-gen console Xbox Series X and Xbox One and PC via Steam of which have been previously announced by game publisher Wired Productions and the game's developer, LKA.

The horror game will be released on these platforms in 2021.

Leo Zullo, the managing director of Wired Productions, said in a press release that now that players have the next-gen consoles in their hands, it's "exciting to watch 'Martha is Dead' take shape" on both Sony and Microsoft's PlayStation and Xbox family of devices.

"The game builds upon developer LKA's signature style of deep, multi-layered narratives and was always intended to be a multi-platform release that raises expectations of what can be achieved by an indie studio on next-generation hardware and PC," Zullo further said.

According to GamesRadar, the announcement was made during the Golden Joystick Award.

Read More: The Golden Joystick Awards 2020 Winners: Ultimate Game of the Year Goes to 'The Last of Us 2'

"Martha is Dead" comes from LKA, the developer of "The Town of Light," another psychological horror adventure game released for PS4 and Xbox One.

For those who loved "The Town of Light," LKA's newest horror game will dive into the same arena of psychological storytelling and a narrative filled with twists and turns that will grip every horror fan.

According to its description via Steam, "Martha is Dead" is set in Tuscany as well in 1944 in the midst of the Second World War.

During the ongoing war, a body of a woman is found on the side of the lake, "drowned and desecrated," and with Martha's death, her twin sister has to deal with the aftermath of her murder and the loss she feels, all the while the real horrors of war draw near.

Players will be playing the part of the sister, who wishes to unravel the mystery of her sister's death, all the while hiding secrets of her own.

The first-person horror game is made with Unreal Engine 4, so fans can expect some great visual graphics, and since it will be available on PS5 that supports 4K 60fps gaming, horror fans should experience a gameplay that blurs reality with fantasy.

The game was developed through the Creative Europe Programme and was co-funded by the European Union.

The exact date of "Martha is Dead's" release hasn't been specified, but fans can expect to hear some news in the coming months as 2021 draws closer, but for now, we are given a look into the game with a trailer featuring its realistic graphics and eerie setting.

For now, PC players can put the game on their wishlist on Steam so they can easily purchase it once it becomes available.