Battery-Electric Trucks Could be the Future Norm! Will Tesla Lead It?

Experts claim that future trucks could be powered by batteries instead of hydrogen fuel cells. A prominent decarbonization researcher explained that the battery-electric trucks will be used for low emissions road freight since fuel cell vehicles and other alternatives are expensive to operate. 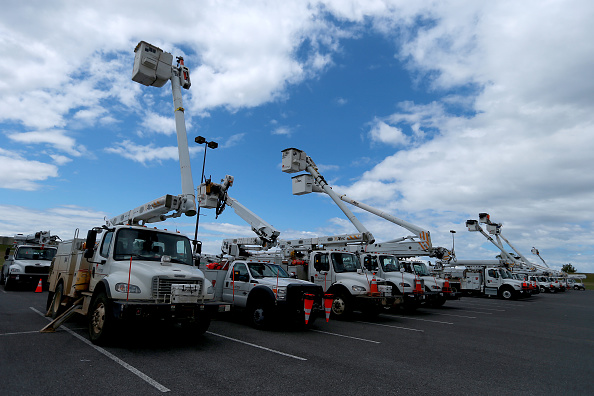 (Photo : Photo by Sean Gardner/Getty Images)
Electric utility trucks are staged along Lake Pontchartrain as in preparation for Tropical Storm Marco on August 24, 2020 in Kenner, Louisiana. The Gulf Coast is expecting to see some impact from Marco followed by Hurricane Laura.

The Next Web conducted an interview with Auke Hoekstra, a Clean Energy Wire green vehicle expert, and an academic researcher from the Eindhoven University of Technology.

"People who don't see battery-electric trucks as the best solution often take the hardest business case that a diesel truck can manage," he said via TNW.

"For example, multi-day trips with a team of two drivers, or trips where it is really important to have a range of 2,000 kilometers," he added.

Here are some reasons why battery-electric trucks will be the new normal.

Why battery-electric trucks are preferred by experts

The first reason why experts prefer battery-electric trucks is the battery technology itself. As of the moment, Tesla is the leading company when it comes to electric vehicles, including trucks. 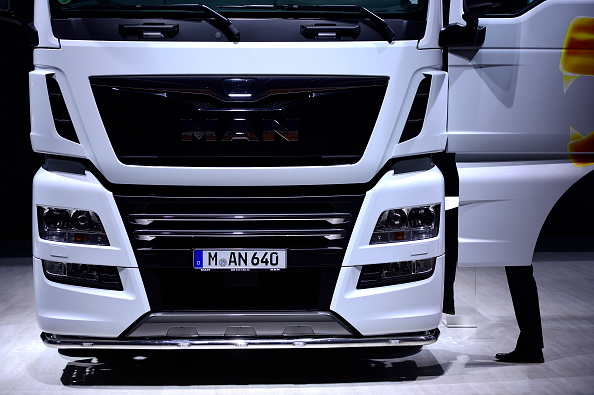 (Photo : Photo by Alexander Koerner/Getty Images)
isitors look on a MAN Truck during the company's annual general shareholders meeting on May 10, 2017 in Hanover, Germany. While the company has shown strong quarterly profits recently it is still struggling with the consequences of its diesel emissions scandal. The company has also announced its aim to counter Tesla in the electric car segment and has even launched a public relations campaign in favor of diesel technology.

Tesla's Semi is currently aiming to have a peak range of 1,000 km, which is incredibly higher than the normal required range for trucks (750 km).

The second reason is infrastructures are cheaper and simpler to build. Most trucks spend their nights at distribution centers. They are being packed and prepared for the morning deliveries and other tasks.

Companies could easily buy fast chargers for their depots and enhance their truck fleet.

Will Tesla lead the innovation?

There's a chance that battery-electric truck innovation could be lead by Tesla, especially since the company is the top manufacturer of electric cars and other vehicles. This can be seen in its Tesla Semi program. According to Electrek's latest report, Elon Musk claimed that the upcoming electric semi-truck would eventually have up to 1,000 km or 621 miles of range.

The car manufacturer could achieve this with its new in-house battery pack and battery cell technology. As of the moment, Musk's tech giant company is still making improvements on its technologies, including the batteries.