Science fiction from the 90s plays with different tropes, including time travel and high-tech gadgets, with "Back to the Future" one of the most prominent sci-fi shows back then that, unfortunately, didn't really get a lot right. 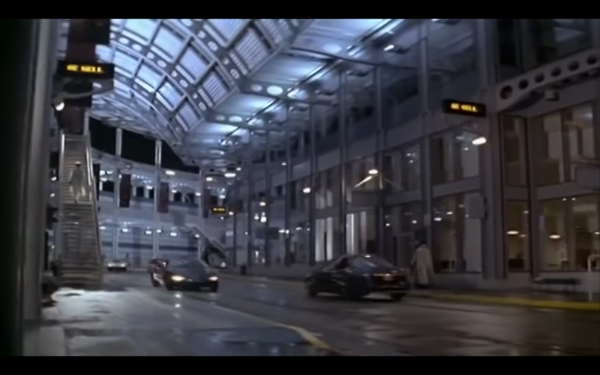 (Photo : Screengrab from Movieclips Classic Trailers)
Among the supposed predictions of the movie are self-driving cars.

However, the second richest man in the world today, Elon Musk, has promoted another 90s sci-fi flick via his official Twitter account, simply saying, "Watch 'Demolition Man,'" a movie that got several things right, which surprised many present-day folks.

So, why exactly did Musk promote the movie?

Apparently, "Demolition Man" had predicted so much stuff, but what's close to Musk is the prediction of self-driving cars, something that Tesla has been developing for the past few years.

But besides that, it seems like the movie has actually predicted a lot more, and Musk's followers were quick to note everything that "Demolition Man" had gotten right, including Arnold Schwarzenegger's political career, although it did not get the position right, it still got pretty close to what actually happened years after the movie came out.

Read More: Zoom-Like 'Holographic Communication' is Coming Real Soon But You Need $60,000 for a Machine to Make it Work!

Prediction of the Future

Furthermore, the movie seemed to allude to internet video calls and teleconferences, which are now more common due to the coronavirus pandemic and the popularity of Zoom and other video conferencing software.

The movie had also predicted the use of tablet computers way before tablets became a thing, plus Youtube instructional videos.

There's also social distancing in the movie, something that present-day folks would be pretty familiar with to avoid the continuous rise of COVID-19 cases, as well as the lack of tissue rolls.

And the latter had been quite a little grotesque and funny at the same time.

For those who did not know, the movie "Demolition Man" takes place in the year 2032 after a cop and a criminal awoke from years of cryo-sleep, and in the future, toilet rolls have become obsolete, replaced by three seashells.

According to The Dad, the movie did not explain how exactly three seashells are to be used in the bathroom, so it became a running joke for years.

However, this year, tissue rolls became a hot commodity, and supplies were nearly out of stock during the early days of the pandemic due to people's panic buying, so some began joking about learning how to use the three seashells.

How the 3 Seashells Work

Unfortunately, the public does not precisely know how it would work until Sylvester Stallone, one of the film's stars, explained how it's supposed to work in his interview with Aint It Cool News.

"OK, this may be bordering on the grotesque, but the way it was explained to me by the writer is you hold two seashells like chopsticks, pull gently, and scrape what's left with the third," the actor said. "You asked for it.... Be careful what you ask for, sorry."

Musk did not precisely say the reason why he wanted people to watch "Demolition Man," but it's probably due to how accurate it is compared to other science fiction movies from the 90s.

Related Article: Elon Musk: 'No Such Thing as Rocket Scientist, Only Rocket Engineers'