'The Queen's Gambit' Craze Brings Up Iconic Man vs. Machine Match in the World of Chess

As pop culture enthusiasts celebrate one of the best Netflix Original series of 2020, "The Queen's Gambit", many are now researching about chess and the iconic matches that shaped the board game in the way that we see today.

On May 11, 1997, the world chess champion Garry Kasparov was defeated by an unusual player: the IBM supercomputer, Deep Blue.

Deep Blue made history as the first computer to beat a world champion in a six-game match under the standard chess time controls. Kasparov won the first game, he lost the second and drawn the next three games. When IBM's Deep Blue won the match, Kasparov did not accept defeat easily.

Kasparov argued that computer must have been controlled by a grand master. He and his supporters have stated that Deep Blue was too human during the game, so they refused to believe that it was a mere machine.

Despite the cry of foul play, the public were convinced by Deep Blue's performance and realized that artificial intelligence can outsmart humans. 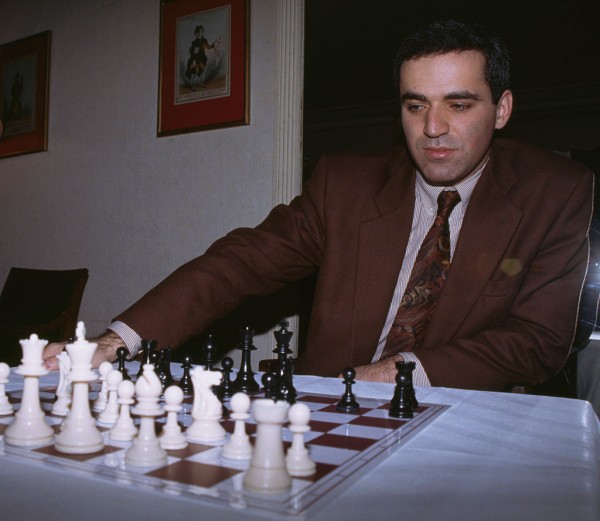 Kasparov's claims pointed out Deep Blue's move that it made in the second game, which is the first match that the supercomputer won. Kasparov had played to encourage Deep Blue to take a piece that is positioned to entice the machine into making a wrong move, a tactic that he used in the past against his human opponents.

But what surprised the Kasparov was Deep Blue's subsequent move which he described as human-like. Another chess master, John Nunn, called the scene as stunning and exceptional.

Because Deep Blue caught Kasparov off-guard, he riled and was thrown off his usual strategy, leaving him perplexed and eventually walked away and forfeiting the game. Kasparov never recovered as the next three game was won by Deep Blue.

Kasparov's move was based on the strategic advantage that a chess player can get from creating an open file, which is a column of squares on the board that has no pieces. This can then made an attacking route for rooks or queens, free from any pawns.

Deep Blue was trained by chess grand master Joel Benjamin, and the AI learnt that there was a more strategic option than opening a file and moving a rook to it. The new tactic involved piling pieces onto the file then choosing when to open it, according to The Washington Post.

This newly discovered tactic was immediately written by programmers in Deep Blue's code to incorporate the moves. This move was used by the supercomputer during the game, making Kasparov lose for the first time.

When Deep Blue won against Kasparov, conspiracy theories started circulating. Rumors spread that IBM used human intervention during the chess game, but it was denied by IBM and stated that the only human intervention came between games to rectify bugs that had been identified during the match.

IBM also denied that the programming had adapted Kasparov's style, instead the company relied on the computer's ability to search through thousands of possible moves, according to Chess.com.

IBM refused Kasparov's request for a rematch, and the company dismantled Deep Blue shortly after the game. The company also delayed the release of Deep Blue's logs until after the decommissioning and these decisions just fueled the speculation of Kasparov's camp.

After 20 years, it has been proven that the supercomputer's victory was because of its rigid commitment to logic, while Kasparov was defeated due to his emotional behavior that clouded his logic. Basically, the rules of chess were still applied but on a grand scale.

The match historical match started the societal shift that we now see in our every day lives, from online apps, social media apps to systems used by businesses and major corporations. The man vs. machine chess match was the beginning of society's relationship with artificial intelligence.