'Cyberpunk 2077' on Nintendo Switch? Apparently It Works With This Google Stadia Hack! Here's How

CD Projekt's "Cyberpunk 2077" is one of the highly-anticipated games of 2020, raking millions of sales on various platforms, including on next-gen consoles PlayStation 5 and Xbox Series X/S. 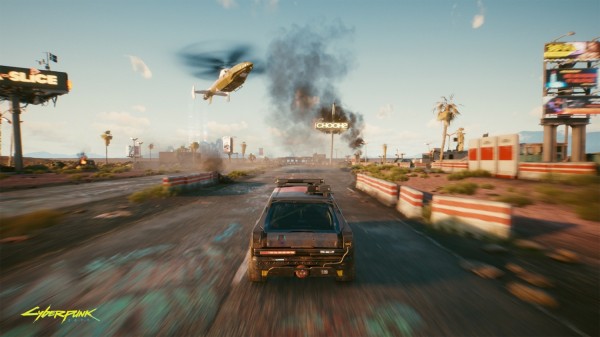 However, the release of the game was plagued with controversy and chaos as despite almost a year of delay due to problems with its performance on the consoles, probably due to the high demands of the game when it comes to the system, which is why the developers decided to do refunds of problematic copies.

Due to the requirements "Cyberpunk 2077" requires to run smoothly, many were rather shocked to see the game performing smoothly on technically the weakest console this generation in terms of what's under the hood: Nintendo Switch.

According to Slashgear, the game does not technically run directly on the Switch, so if you want to use your console for a little cyberpunk adventure, you'll need to undergo a process.

This is possible through Google Stadia, another platform where "Cyberpunk 2077" is available.

For those who have been sleeping under a rock, Stadia is a cloud gaming subscription service by the internet giant wherein people can play tons of different games on demand.

Since Stadia is using cloud technology, big games like "Cyberpunk 2077" are still able to run rather well even on devices that would otherwise be unable to run them, and all you need is a Google Chrome browser and a reliable internet connection--and as per The Mercury News, it's actually a decent way to play the game.

Now, here's the problem: Nintendo Switch does not have a Chrome.

To play the action-RPG on Switch, you need to jailbreak your device and install an Android OS on your console, which then allows you to open Stadia and play your smoother copy of the game.

Jailbreaking your console to install an Android OS is definitely not for the faint of heart, and you practically need to have some technical knowledge, plus be ready to spend money for some custom-made accessories.

Most of all, the process has its own set of risks, so you should be daring enough to open your console, which would most likely void your Switch warranty if things don't go according to plan.

How to Install Android OS on Your Switch

If you want to try the Stadia hack on your Switch, YouTube personality Nintendrew uploaded a video on how to install Android on your device, as well as some tips on how to do it properly so you still end up with a functioning device.

The YouTuber also showed that it works by showing clips of him playing "Cyberpunk 2077" on his Switch.

Since you've hacked your device, that means you won't only be able to play the CD Projekt title alone, as you can play any other Stadia titles you have on your Switch.

Then again, trying the hack is not an easy process, so you'll want to think twice if you want to risk your console just to play the game.

Related Article: Raspberry Pi SNES Controller Setup is the New 'Super Nintendo' with Own Screen: Is It for Sale?