The Holiday Cup for "Pokémon Go"s Battle has just started on Monday, December 28. The event held in Great League format lasts until Monday, January 4 only. That being said, players need to prepare their top picks and best teams to dominate the competition and win exclusive prices. 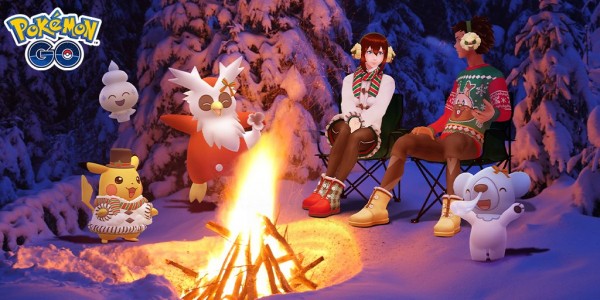 The special Winter-themed cup only allows "Pokémon Go" 1500CP and below. To add to that, the PvP Holiday Cup also has limited choices and exclusive selections.   It also limits trainers to use only specific types of Pokémon. Only Grass, Normal, Ice, Electric, Flying, and Ghost types of Pokémon can be used during the event. However, dual-types are allowed as long as they meet the qualifications.

According to Pokémon Go Hub, the event is very lucrative among trainers as winning battles and completing battle sets mean you'll be earning twice the Stardust.

According to Game Rant, numerous cups and competitions followed after "Pokémon Go" has launched a massive feature this year called Go Battle League, where players were invited to play in online battles for the first time. 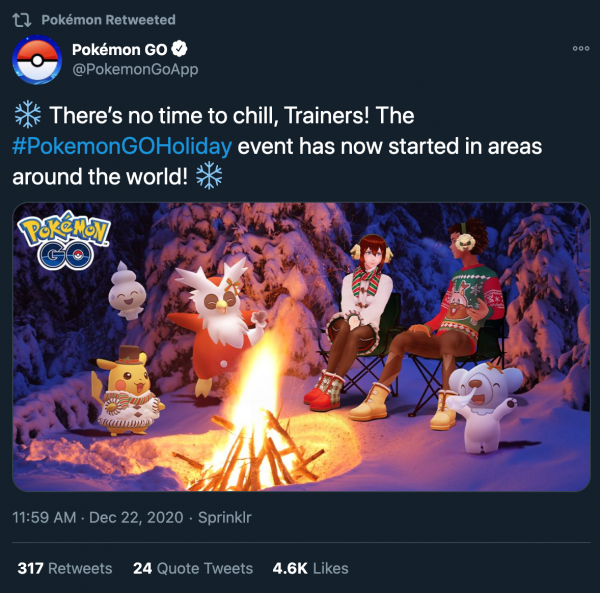 Best 'Pokemon Go' teams to Use for the Holiday Cup

Now is the best time for you to choose the most powerful team pairings to get win as much battles as possible.

For trainers who are fans of ice-type Pokémon, now is the right time to choose a power combo. Alolan sandslash and Froslass are great picks with their Powder snow fast moves. Alolan has ice punch and bulldoze while Froslass has avalance and shafdow ball. For a perfect coverage, join Diggersby in the team for a Mudshot Fast move, earthquake, and fire punch.

For trainers who don't usually use Normal-Type Pokémon, now is the time to set them for battle, even if choices are a little low. For starters, a great team would be the power trio: Vigoroth, Skarmory, and Obstagoon. Vigoroth, just like Obstagoon has a fast counter attack while Skarmory has a fast attack for Air slash.

Among the three, Obstagoon may be the most difficult one. It's relatively new in the GP meta addition but it offers a powerful counter to ice types of Pokemon. It has a night slash, and a cross chop which you can definitely benefit from. Vigoroth has body slam and bulldoze while Skarmory has brave bird and sky attack.

Altaria, the humming Pokémon has always been an unexpected guest. Usually, other chocies overpower this player. However, it can be a perfect pair with Dewgong and Snorlax. This can be a strong and bulky team with a variety of coverage and offensive attacks. Altaria's Dragon breath and dragon pulse can attack any ice-type Pokémon, while Dewgong's Ice shard, icy wind, and water pulse can be a powerful addition. Snorlax can be a pergfect cover, with its fast lick, superpower, and slam.

Although a rare choice, Altaria is actually a beast option which provides a great protection against counter users. To many, it can be difficult to add this to their team due to its challenging evolution process. But if you have it with a low CP, it's definitely time to go for it. Altaria, Alolan Marowak and Magnezone are a great team to cause some irreversible damage to your opponents.

However, Altaria can be defeated by Wigglytuff. Hence, Alolan is the best pair to cover Altaria. It can defeat Ice types with its fast move Fire spin, shadow bone, and bone club. Magnezone is also an excellent addition with its Spark fast move, mirror shot, and wild charge.

Skarmory's Airslash will be a perfect pair for the Graveler version of Alolan that possesses a Volt Switch. The latter has an electric power with stone edge and rock blast that provides a perfect attack. Skarmory also has brave bird and sky attack that's a powerful set. Meganium is a great grass-type addition that can be a great coverage for electric and water-type opponents. It also has a vine whip, and earthquake for great protection.

It's important to know that the meta can change anytime when the game begins. However, preparing a wide range of choices for your top pics is the key to ace your chances!

See related Article:'Pokemon GO' Tour Kanto Event: What Are its Features and Inclusions? Pokemon Red and Green Coming to AR!