SpaceX secured another contract with the Pentagon's Department of Defense amounting to a whopping $150.4 million for a 2022 mission to deploy the United States Space Development Agency's 28 satellites. The mission would not begin until the following year, giving both parties plenty of time to prepare and ready the space tech that would soon launch. 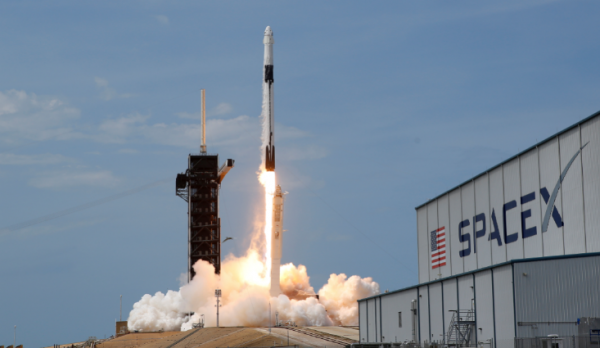 The space equipment manufacturer and the aerospace manufacturer has capped the start of the New Year with a contract with the United States government for a space mission to soon happen. SpaceX is one of the top companies that are chosen and considered for such missions, also a privately-owned company headed by CEO, Elon Musk. 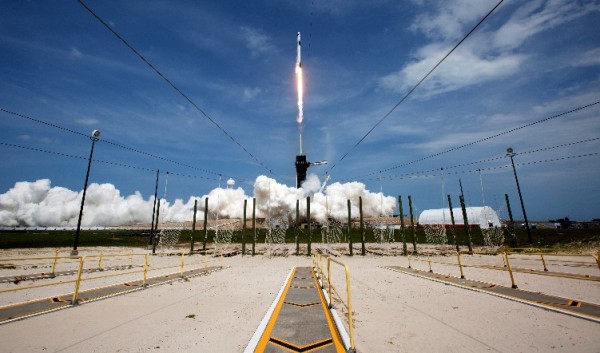 (Photo : Photo by Bill Ingalls/NASA via Getty Images)
In this NASA handout image, A SpaceX Falcon 9 rocket carrying the company's Crew Dragon spacecraft is launched from Launch Complex 39A on NASAs SpaceX Demo-2 mission to the International Space Station with NASA astronauts Robert Behnken and Douglas Hurley onboard, Saturday, May 30, 2020, at NASAs Kennedy Space Center in Florida. The Demo-2 mission is the first launch with astronauts of the SpaceX Crew Dragon spacecraft and Falcon 9 rocket to the International Space Station as part of the agencys Commercial Crew Program. The test flight serves as an end-to-end demonstration of SpaceXs crew transportation system. Behnken and Hurley launched at 3:22 p.m. EDT on Saturday, May 30, from Launch Complex 39A at the Kennedy Space Center. A new era of human spaceflight is set to begin as American astronauts once again launch on an American rocket from American soil to low-Earth orbit for the first time since the conclusion of the Space Shuttle Program in 2011.

The Department of Defense's space agency, US Space Development Agency (SDA) is planning to put its satellites to orbit the Earth and perform its specific functions that would soon benefit the country. According to Space News, the SDA asked for bids starting October 6 last year, and have only finished deliberation and choosing its partner this year.

A cluster of small and medium spacecraft sizes as required by the Pentagon's SDA, which chose SpaceX on December 31, becoming the company's New Year's surprise. The buzzer-beater decision has awarded a $150.4 million contract to the private company, expanding its tie-ups with government agencies apart from NASA.

Twenty data-relay satellites are called the "Transport Layer" and the remaining eight would be the so-called missile-warning satellite, also known as "Tracking Layer." The satellites would benefit the country's intelligence and knowledge on the world's missiles, specializing in security and protection for the United States. 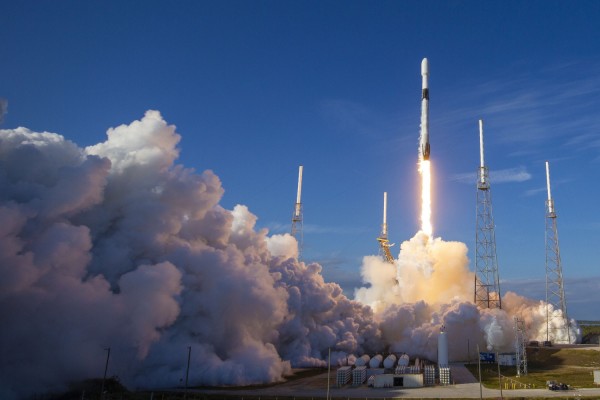 According to Tesmanian, the launch would depart from Vanderberg Air Force in California with the Falcon 9 leading the launches that would occur simultaneously or in succession. The privately-owned aerospace manufacturer proposed one of the most extremely credible proposals during the bidding, which made it the top choice for the project.

The launch manifest is said to divide the spacecraft into two rockets of the fourteen batches, each near two polar orbits that would circulate the planet at 950 kilometers of altitude. The relays and devices would be strapped at the top of Falcon 9 that would release as it brings the space devices to the planet's orbit.

SpaceX Pentagon Contract: Not the Only One

This project is not the only contract of SpaceX with the Pentagon as another October contract was secured by the company. However, it is still under hold because of the multiple protests from other bidders that are demanding for the contract and decision to be reviewed.

The SpaceX Pentagon Contract that is under review would be tasking the aerospace manufacturer to develop missile-tracking satellites for the country's military force. This venture would be a massive advantage for the Pentagon, which awarded SpaceX $149 million.