Ever since TikTok's massive popularity in 2020, a ton of content and challenges have grown viral on the short-video sharing app, which often includes dance challenges, dress-ups, and more--including mysterious and scary contents that are often newfound glitches in the app or part of alternate reality games (ARGs). 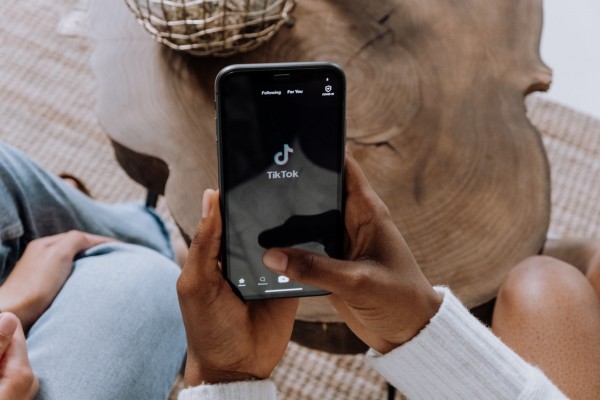 (Photo : cottonbro from Pexels)
A TikTok user brought to light a mysterious glitch in the app that translates "ririri" into something ominous.

However, there is one mystery that is gaining attention all over TikTok recently wherein people type seemingly gibberish words such as "ririri" and find out how the app translates it--and based on the viral videos, it seems like TikTok is interpreting the word into unsettling and often "scary" translations.

According to In The Know, TikTok user @whoanelly was among the first ones to point out the mystery.

As it turns out, people can comment on any variation of the word "ririri" on a post and then long-press it until a window pop up appears, prompting the app to translate what you've entered.

The results differ every time, but most of them are a mix of something strange and/or creepy.

The TikTok user's video grew viral, and as expected, most of the comments on the video were different variations of "ririri" and the translations they got.

Here are some of the most unsettling interpretations, according to the users:

Of course, some users have begun sharing their own theories as to what's happening behind the scenes, with one saying it might be a "military code for when something isn't OK" and that people should not freak out.

Some tried to joke about what seems to be a creepy TikTok mystery by asking if the users are all trying to "summon Rihanna," pertaining to the singer's nickname, Riri.

What Does TikTok Ririri Mean?

But what does Google Translate have to say?

According to the news outlet, the word "ririri" is often translated by Google's tool as Maori, one of the endangered languages that are spoken by the indigenous tribe Maori who live in New Zealand.

Digging further into the word's Maori background, it seems like the word "riri" is described as "the expressions of anger, rage, fury, annoyance and the like," according to the Maori dictionary, so some people believe that the translations were simply a glitch from TikTok, which dramatizes the translations based on its Maori meaning.

The word can also be translated into Xhosa or Shona, which is one of native the languages of Zimbabwe in South Africa.

Although @whoanelly's video about the "ririri" trend was just posted three days ago as of writing, it appears that the trend has been around since December of 2020, with Droid Harvest trying to bring light into the creepy translations.

Related Article: 'The Pudding' Spotify Bot: How to Get AI Judge How Bad Your Music Choice--Will Apple Music Have One Too?