Years after the Paris Climate agreement, countries have continued to innovate on the quest to make a smooth exit from non-renewable energy and to switch to renewable energy sources for electricity.

A new study in Journal of Power Sources from Incheon National University, Korea demonstrates how they have made the first fully transparent solar cell. Led by Professor Joondong Kim the new study boasts of their newly discovered innovative technique, specifically in the cell's heterojunction- the making of crystaline, thin films that is responsible for absorbing the light. This solar panel then converts the absorbed light into electricity. According to the study, it was through the combination of nickel oxide semiconductors and titanium dioxide that an effective and fully transparent solar cell has been made. 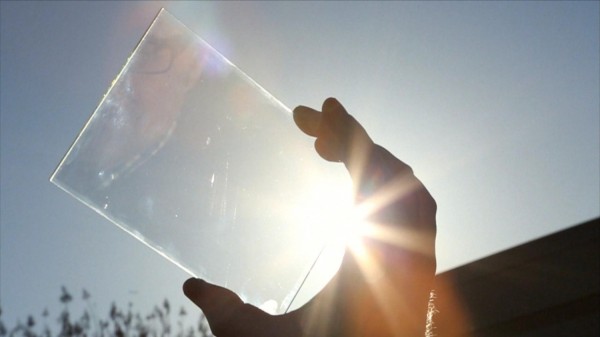 An Earth-Friendly Electricity for Tomorrow

Titanium dioxide (TiO2), being an efficient semiconductor is already currently being used in solar panel technology. Not only is it effective, but also non-toxic and environmental friendly since it is an abundant element in Earth. Nickel oxide (NiO), on the other hand, is also a semiconductor with high optical transparency features. It is also manufactured at low industrial temperatures. The combination of this two makes for an excellent disovery of a transparent solar panel that is environmental friendly, and easy to use.

According to ScieTechDaily, solar energy always had the highest hopes of making a reliable and sufficient energy source among other renewable sources such as wind, water, waves. This is also the reason why much research and development has been invested in solar energy. For years now, solar energy has been made more affordable and environmental friendly, alongside its effective capacity to convert UV into electricity. Thus, more and more people have been switching to solar energy for different homes and establishments. Not only is it cost-effective, it is also a noble cause that contributes to a carbon-free future.

However, current solar cells have been limited in their integration to daily use do to their opaque qualuries. Solar panels can only be seen in roofs, remote areas, and places that are hidden to the public eye. the recent study by the research team Journal of Power Sources in Korea has made a huge leap making the first fully transparent cell. The idea is to be able to integrate it into windows, buildings, and even mobile phones in the future. With this, solar energy will be made more accessible for public use. Professor Joondong Kim from the Department of Electrical Engineering at Incheon National University has high hopes for their study. According to him, "The unique features of transparent photovoltaic cells could have various applications in human technology." When this discovery progresses, we could have more applications for solar energy.

Although this was not the first discovery for transparent solar cells, Prof. Kim's team was a pioneer for integrating this to solar energy panels. The study, being very promising could lead us to very hopeful path for tomorrow's new source of electricity.